Mike Enemigo is the new “urban” art sensation who has already written and published several books. He is inspired by emotion; hope, pain, dreams and nightmares. He physically lives somewhere in a California prison cell where he works relentlessly creating his next piece. His mind and soul are elsewhere, seeing, studying, learning, and drawing inspiration to tear down suppressive walls and inspire the culture by pushing artistic boundaries. 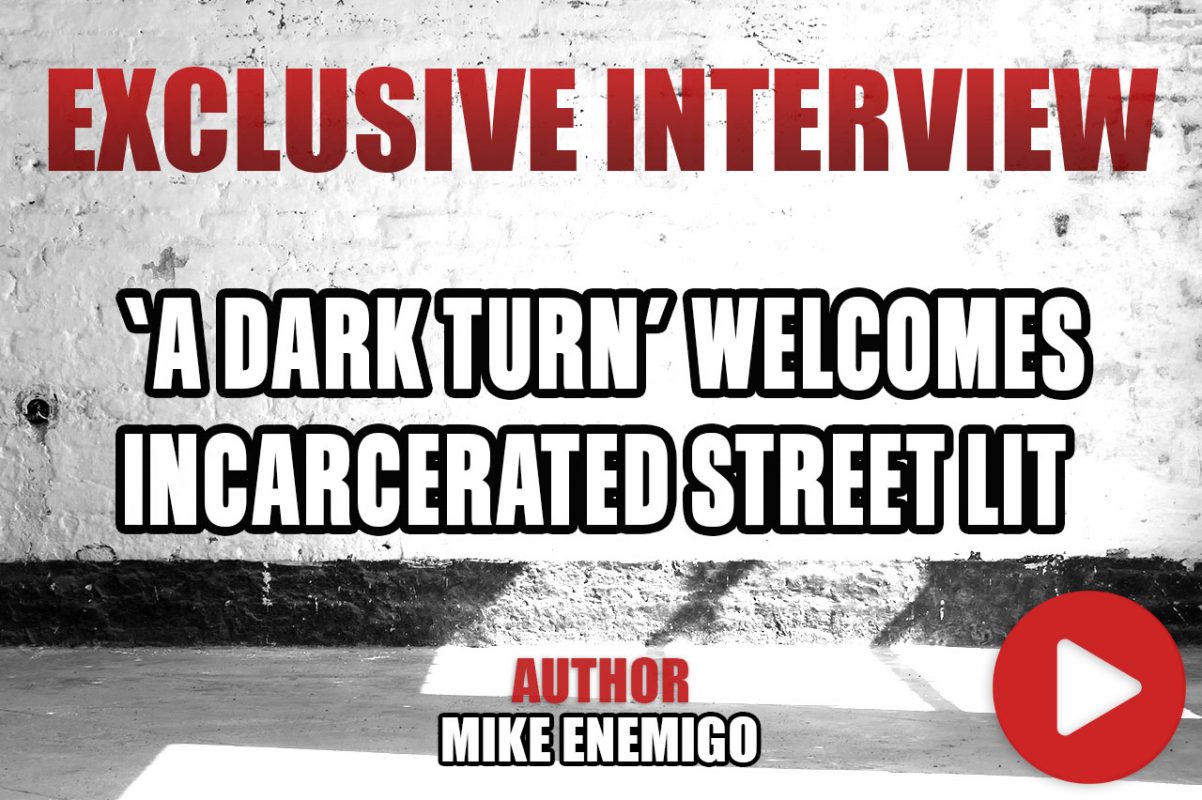 Getting to this point has been a very long and arduous process. Everything I’ve done, I’ve done from inside my prison cell. No Internet, computer, phone, text, e mail or other fancy, helpful devices; just a few pennies for a budget, and a bunch of ink pens, paper, stamps, envelopes, coffee, adversity, failures, determination, dedication, resilience, creativity and hard work. Oh, and a lot of time. In fact, several years.

See, my plan was never to be a writer of books, it was to rap. I started rappin’ back in 1993; rappin’ is what I do. So in 2004, after I’d been incarcerated for about 5 years, I decided to do what I could to record my vocals, even if I had to do it over the prison phone, have my songs produced in the style of mixtapes, and distribute them independently — maybe have my folks slang ’em out the trunk, put ’em in some local stores, etc.; nothin’ too fancy. And though I’d hoped to profit a few bucks, I didn’t expect to get rich and famous and become a huge rap star; my primary objectives were to break my story out of prison, give my brain something to focus on other than my confinement, and at least make back the money I’d spent producing the record(s).

I contacted some people and got the ball rolling. And though progress was made, things moved extremely slow for me. Being that my resources were very limited, it took a long time to get the simplest of things done. And by the time I’d accomplish one thing; the music game would change and make what I’d just gotten done less significant. In addition to that, as the years went on, people bought music less and less, due to things like file sharing and illegal downloading, and artists had to start depending more and more on live performances to make money; something I obviously cannot do from my prison cell. With that, the hope of making any profit got smaller and smaller. However, I didn’t want to give up because I figured I could create my own little lane, and I’d use my music to promote it. I’d give my music away for free by way of downloads to promote myself, then I’d make my money off of something else that couldn’t be illegally downloaded and didn’t need to be performed live; maybe I’d learn to draw really well, become a “famous” prison artist and sell my artwork; start a T-shirt line; or possibly ghostwrite rhymes; whatever.

I continued on, but so did the problems. In addition to the rapid game changes, not only was the difficulty and uncertainty of coming up on a recorder (something we are not allowed to have in prison), recording my vocals and smuggling them out (though I did manage to record and get the vocals of over 100 songs to the streets) a heavy task, I began having problems with unreliable industry people and producers who did not put my music together the way I wanted, being that I was not able to be present during my studio sessions. In the end, it got to be too costly for me to do it myself, with my resources (or lack thereof), and I had to pull the plug because it was just too economically foolish to continue…

So, though it was tough, I shut everything down; even to the point of distancing myself from most of the world. I had to strategize and figure out what my next move was going to be. I began to research, I began to study, I began to learn, and I began to plot…

I launched The Cell Block in 2014 with five books — The BEST Resource Directory For Prisoners, The Art &amp; Power of Letter Writing for Prisoners, Thee Enemy of the State and Conspiracy Theory, all of which I wrote; and Loyalty & Betrayal, a book I did with Armando Ibarra — with a promise of many more to come. And, though things did not go exactly as I hoped (what else is new, right?) in 2014, I learned a lot and built upon my team. In January 2015, I dropped four more books — BASic Fundamentals of The Game, by Mac B.A.$.; Lost Angels, a book I did with Alex Valentine; To Live & Die in L.A., a book I did with Anthony Murillo; and Money iz the Motive, a book I did with TCB author Ca$ciou$ Green — plus the revision of my Directory.

I continued on, and in 2016 I dropped 7 books: How to Hustle &amp; Win; Sex, Money, Murder, and Underworld Zilla, with TCB author King Guru; Money iz the Motive 2, MOB$TAR Money and Block Money, with TCB author Ca$ciou$ Green; The Millionaire Prisoner: Special TCB Edition, with incarcerated author Josh Kruger; and A Guide to Relapse Prevention For Prisoners, with inmate Charles Hottinger. In 2017I dropped the newest edition of The Best Resource Directory for Prisoners which, as I’m sure you notice, is getting better and better, and Kitty Kat, a non-nude adult entertainment resource book I did with Freebird Publishers.

It’s now 2018 and I just dropped several more books: The Art &amp; Power of Letter Writing for Prisoners, Deluxe Edition and revised edition of The Best Resource Directory for Prisoner. I dropped Pretty Girls Love Bad Boys: An Inmate’s Guide to Getting Girls and How to Write Urban Books for Money &amp; Fame with TCB author King Guru.  I dropped Hood  Millionaire: How to Hustle & Win Legally (also titled Get Out, Get Rich: How To Get Paid Legally When You Get Out of Prison!); CEO Manual: Start a Business, Be a Boss! (also titled The CEO Manual: How to Start Your Own Business When You Get Out of Prison!);  and Money Manual: Underground Cash Secrets Exposed, all with self-made hood millionaire SavHu$tle; and I dropped Prison Legal Guide with Freebird Publishers. I just completed Prison Health Bible: Mind, Body &amp; Soul, which I’m also publishing with Freebird.

As you can see we are doing well, and it’s hard work, determination and perseverance that has made The Cell Block the number 1 prisoner info and entertainment company in America.

What’s next? Well, more books, of course; though I’m not quite ready to expose too many details just yet. I can’t do that like I used to. Too many eyes on what I’m doing. Let’s just say there are a few “big dog” publishing companies contacting me who want in on the TCB line of books and products. (It’s funny. I remember a few years ago I couldn’t even get a letter back from these same companies, let alone some type of assistance. They didn’t “believe” me. So, I did it myself, on my own. And now they do.) What I can tell you is that our website, thecellblock.net, where your family and friends can go to order any of our books/products, will be revamped before 2019, and your folks on the outside can check us out on Facebook TheCellBlockOfficial.

I’m proud of all that’s been accomplished. Not only has the years of hard work finally paid off for me and the TCB team, I am proving that, despite our situation, we can still achieve success if we’re willing to do what it takes. For those of you who have shown support and even loyalty to The Cell Block, we thank you. The Cell Block is the only company for inmates, by inmates. And this could not happen without you and your support.

With that said, a big shout out to everyone doing time in a prison cell somewhere. Stay positive and motivated. When you live inside a box, you must learn to think outside of one. Be creative! Confinement can cause a man to tap into the deepest parts of the mind. Take advantage of that, be dedicated and determined, and you’ll be surprised at what you can pull off. This is proof! I shared my story with you as a testament that you must never give up. Your first idea is rarely your best one, and the road to success is not a straight shot.

Now get to work and hustle hard. 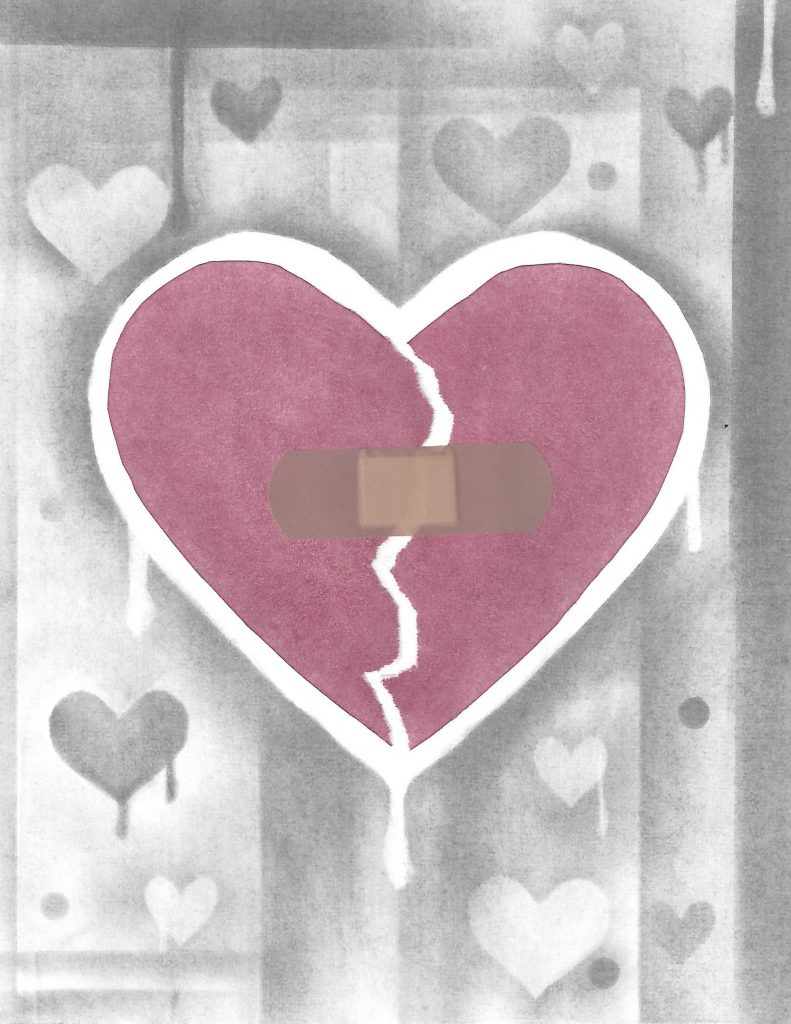 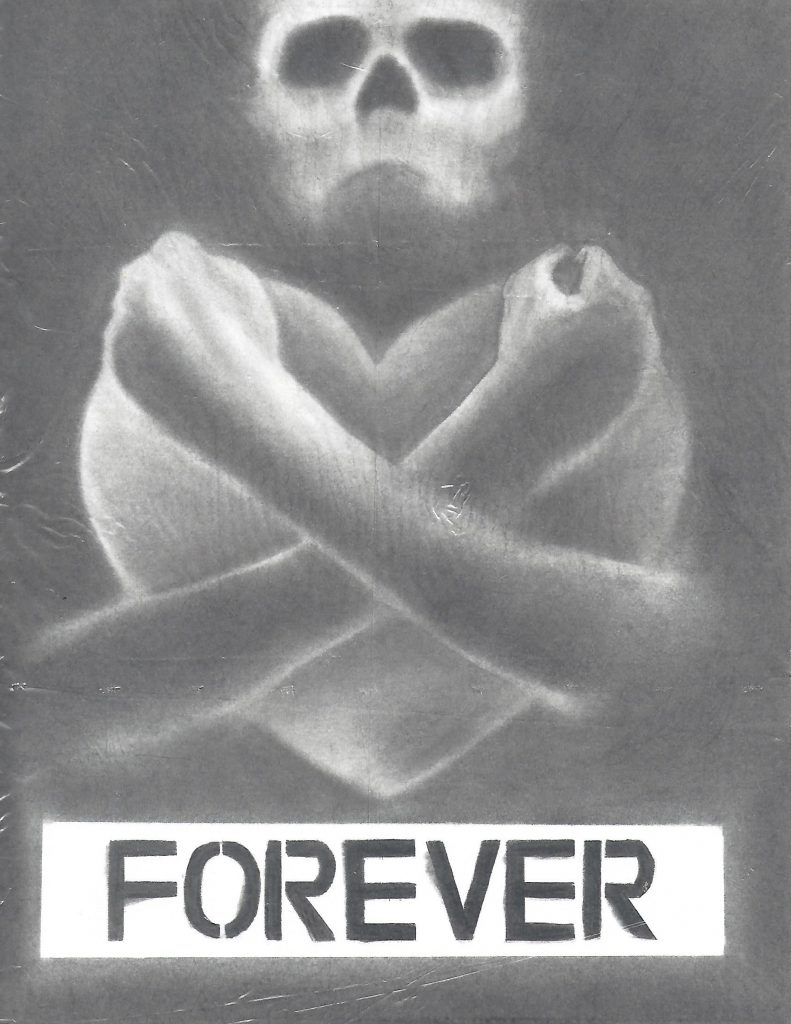 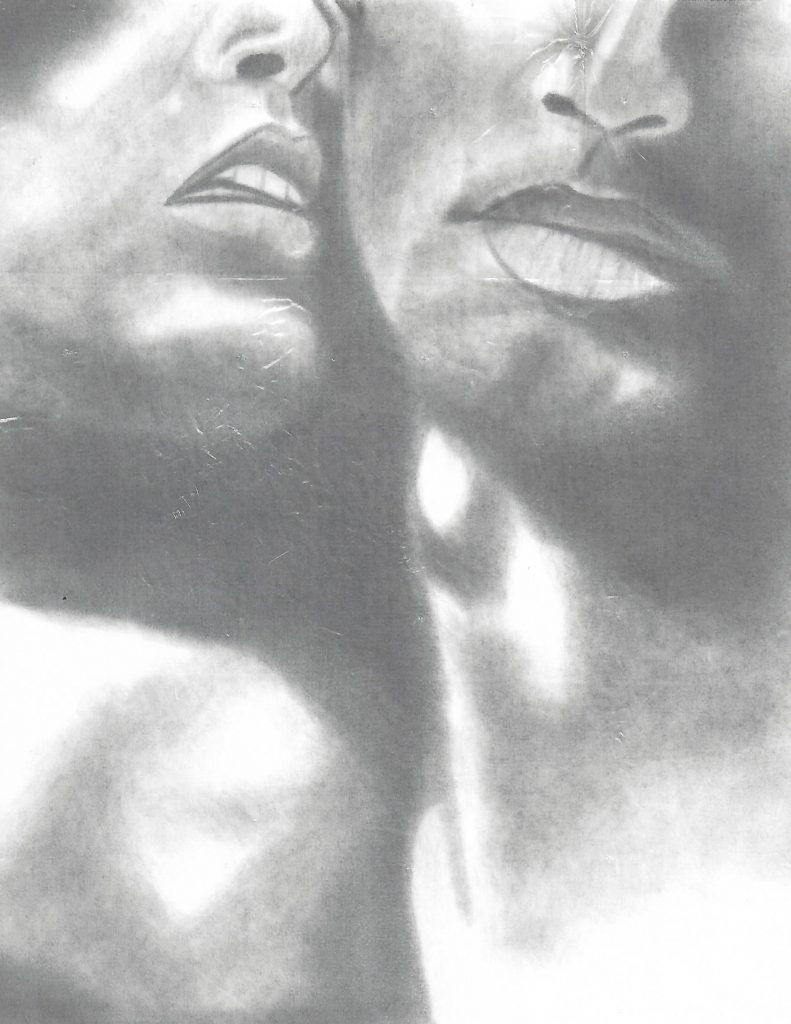 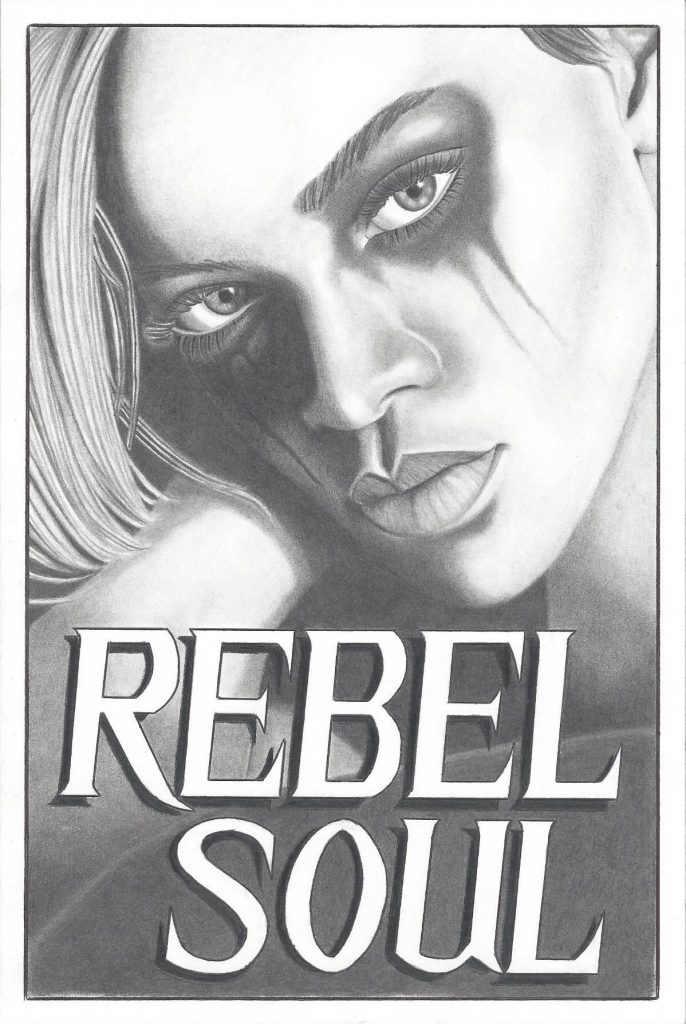 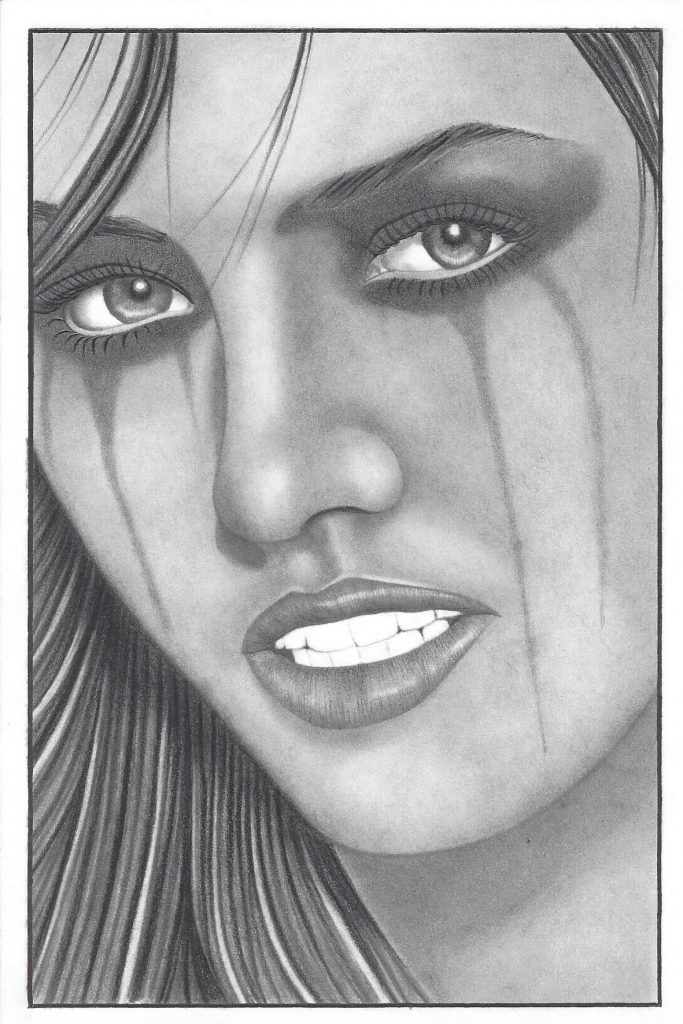 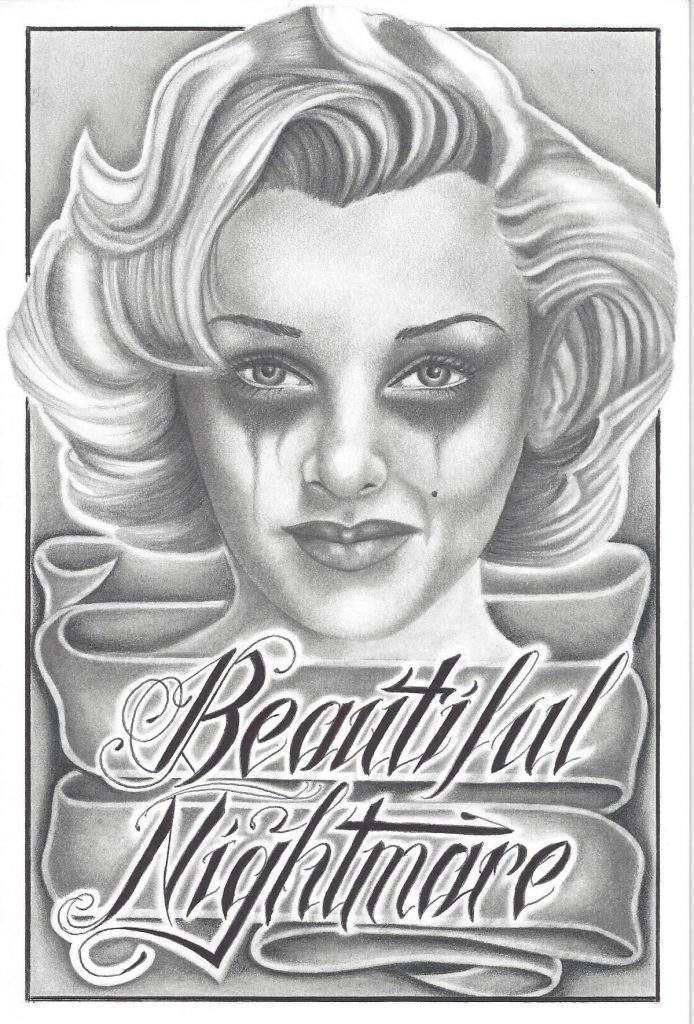 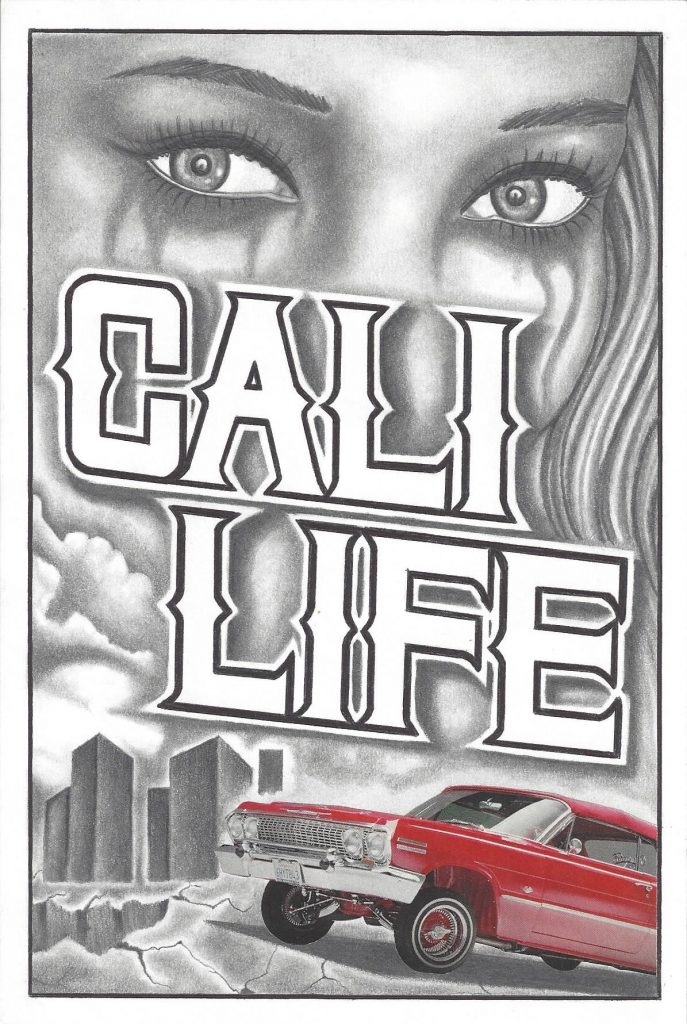