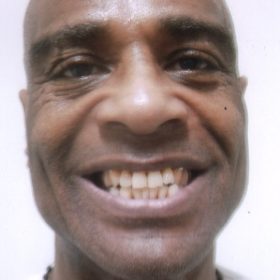 @www.TextBehind.com free download app to your smartphone, log in, then send me pictures of your country, lifestyle or smoke for 99¢.This is a great option for those whom prefer electronically to send letters both foreign and domestic. Saves time and/or overseas postage. Language skills are English only.

Seeking pen friends of either gender or ages. Mentorship opportunities if you’re Prison Abolitionist, Champion for Wrongfully Convicted, Racial Equality Advocate or basic kindhearted human being. Each one teach one. I’m receptive student willing to learn others perspectives.

I’m going to approach this profile in sections of Biography, Ambitions while incarcerated, Goals and finalize with my miscarriage of justice. Please exercise patience and I promise you’ll find an honorable person within my submission. I dearly wish to communicate with people in society due nearly two decades in solitary confinement.

My mother would follow her husband to Evreux, France were I’m born and lived five years of my life. Truly, I’ve no memories because I’m not genuinely self aware until age five. Father was an United States Air Force serviceman and would retire in 1981. I enjoyed being a military dependent. 1969 moving to McGuire AFB, New Jersey for four years is when I received dual citizenship as French/American and obtained U.S. Nationalization papers. 1973 we were off to Katzweiler, Germany and father was stationed on Sembach AFB. Great times! Mother was an underarm fast pitch softball coach for the bases women’s team and father coached my football team. My parents had much respect because of winning percentage and influence on both officers & enlisted service peoples children. We traveled to most military bases for my mothers teams away games and off season weekends granted direct access to multiple nations, museums, culture, cuisine and other nuances. At 13 years of age would be my last time living on the continent of my birth. Currently,I write a couple of German & English women. I used to email a French women of Italian descent in Paris whom was studying for her masters degree recently. I miss Ornella Ugolini.

We arrived to Malmstrom AFB, Montana near community of Great Falls. Overseas I was educated on base at DODDS, Department of Defense Dependent Schools. Now, I would attend local schools with civilian children. Of course in the eighth grade I went out and made the football team as only one of two black males. Me and David Vigay. I recall Davids father taking the two of us to Have, MT. to a farm and seeing coral with horses, telling us to wait until he and farm owner came back and then they would saddle the horses for us to ride. Growing impatient, I stepped through the coral railings and forcibly mounted a stallion, immediately was thrown and will never forget the majestic hindquarters of this beast hooves gaming down to crush me!! I rolled underneath the coral bottom rail and felt more so invigorated than scared. What a beautiful animal!

After two years, we are transferred to Vandenberg AFB, California. Recall, military service is addressed as,” Thank you for your service and families sacrifice. ” If you’ve served in active duty or been referee to as a military brat, regardless of country of service, we have a lot in common. With father’s retirement, we are of to Beaufort, South Carolina. This is the first time my parents ever approached me about racism. They informed me that I may want to consider whom I date more often. This was peculiar to me because I had dated black, white and Asian. They were good people of the fairer sex.

Once I arrived in The South!!!, it made sense. We had a black and white quarterback for our football team whom split the duties instead of one starting quarterback for the season or individual game. Amazingly, father purchased a resident close to my school so he wouldn’t need to worry about me attending practice. I immediately dated a black girl who asked me to quit football to spend time with her. I stopped dating her and the third game of the season scored a touchdown, at which time the cheerleaders rushed the field. Maria Klausman, one of the cheerleaders choose me in the end zone and invited me to a birthday party at her friends house. Look! Get off the field! We were penalized.

Well, now I had a white girlfriend in Dixie South! How the hell we, let alone I, survived was miraculous. I was a virgin and nine months later she had an abortion of our child. This is a reason I remain Pro- Choice. I would have preferred she carried our child to full term but, it is her womb and ultimately a woman’s choice, with or without the potential fathers support.

I would graduate August 4, 1982 from Battery Creek H/S in Burton, SC. By March 30, 1987 I would be released from prison in SCDC Coastal Carolina Work Release Center after serving 13 months for grand larceny. Three other guys and I did a midnight burglary of American Rent To Own in Beaufort, SC and only I went to prison or was charged. Released in North Charleston, SC by January 17, 1989 my son James Terry III is born and July 1, 2019 he would be deceased. R.I.P.

September 22, 1989 Hurricane Hugo hit Charleston and after being employed as construction labor, I left for The Midwest were I became gainfully employed as a fundraiser to keep youth alcohol & drug- free. It took from February 1991 until July 1991 for me to become The Eastern Iowa District Manager for United Youth Careers, headquarters of Des Moines with me located in Iowa City, Iowa. 1994 I received a,two year suspension , I go out to the pacific coast.

Between Sacramento, CA. & Eugene, OR. I wound up taking a semester of night classes at Linfield College and Lane Community College in Eugene. After two years I went back to Iowa City for United Youth Careers. I use to hire a lot of University of Iowa undergrads & graduate students. Krishon Gill was one, became my girlfriend and eventually Fiancée. Krishon had been accepted at Thurgood Marshall School of Law in Houston, TX. I was flying round trips to maintain our relationship. Occasionally , living winter months in Dallas with Valdora, Krishons mother and even living in Houston to please Krishon. Our engagement came to a conclusion October of 1998.

The day I arrived in Des Moines from Houston via Greyhound the police arrested me for interfering with official police acts, when they attempted to falsely arrest me for breaking & entering a gubernatorial candidates headquarters. I jumped bail and went to Madison, WI. Friday the 13 th November 1998 I will be victimized by a Karen Accusation of racial stereotype profile of November 8 kidnapping & sexual assault that sends an innocent black man to prison with a 35 1/2 year erroneous sentence based on a credibility bench trial verdict

Remained steadfast in maintaining my dignity while imprisoned, and health, sanity and humanity. Been able to build a community of staunch academic supporters. My best friend Kjartan is a 57 year old Icelandic gentleman whom is happily married , living in Tucson, AZ and has my unequivocal respect. Maggie is a 27 year old PhD student in Troy, NY whom Zoom visits with me twice per month. She is of Chinese descent, American as apple pie and truly a piece of priceless jade. She did KDP Kindle Direct Publishing of my novel,” Poor Richard Trilogy ” and Kjartan donated his skills as a graphic artist, illustrating the cover. For $3 e: book or $7 paper back @www.Amazon.com you can make the purchase of afro futuristic science fiction of Donald Trump assassination attempt, Virtual Reality Richard Pryor act and Mothers Days salute. Send me your critiques and/or introductory letter! Past 20 of 21 yeas in isolation and in a perfect world I would need carpal tunnel surgery from writing so many pen pals. Join my letter writing campaign and I will treat you worthy the best of my efforts to please you.

The state of WI. v. James Terry I I case no. 98 CF 2416is a wrongful conviction of an innocent man. 23 years & counting erroneously imprisoned for crimes that I never committed. Pleas come to the rescue by sharing JT’s story of Justice Denied in email attachments with academia, friends, activist and philanthropist whom may make a difference.
May I count on your support? RSVP

Yes. Send friend request so James can write you back. 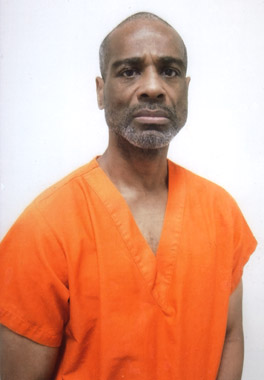 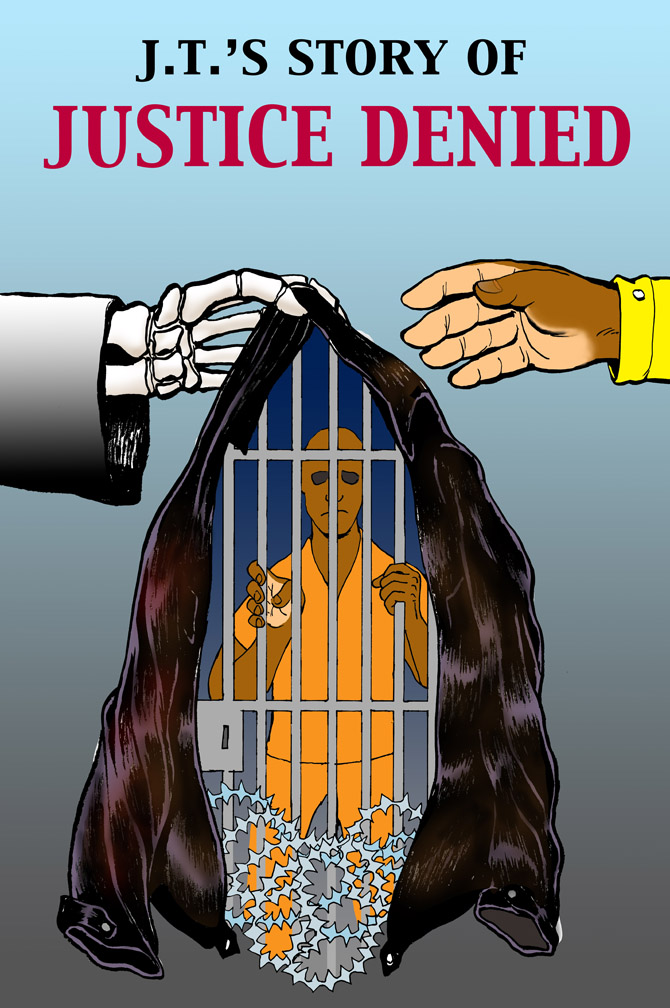 Success! You're signed up.