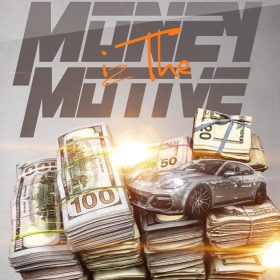 The following week after Kano’s big birthday bash, Kano was approached by one of his foot soldiers, named Sticks. Sticks had been on the D&C team for a few months and had been productive, so Kano had his eye on him — to possibly promote him to a higher position on the chain of command.

“Hey, Kano. My cousin is down here from Chicago and they’re trying to cop some weight,” Sticks said, leaning on Kano’s Avalanche.

“You said your cousin, but who is ‘they’?” Kano asked suspiciously.

“Well, he brought his partner that he gets dough with,” Sticks said, hoping to convince him. “They’re tryna cop a quarter kilo, my nigga. I figured I’d bring them to you instead of lettin’ some sucka get that money, you feel me?” he added with confidence in his voice.

“Yeah,” Sticks said as he struggled to look Kano in his eyes.

“Well, set it up. Give me a call at 8:00 and I’ll tell you where to bring them to meet me,” Kano said as he pulled off. Watching Sticks in his rearview mirror, he picked up his phone and called Candy.

When Kanopulled upinto thePaladium, Candywasalready thereinherChrysler 300. He pulled up next to her, got out, and she nodded her head – the sign that everything was a go.

“I told him. Now who’s the crackhead, bitch!?” Real talk said as he climbed out of Candy’s Chrysler 300.

Mike Enemigo is America’s #1 incarerated author with over 25 books published and many more on the way. He specializes in writing about prison and street-culture. His book Money iz the Motive, with Cascious Green is available at thecellblock.net and Amazon. Be sure to subscribe to The Official Blog on The Cell Block at thecellblock.net and where we provide raw, uncensored news, entertainment and resources on the topics of prison and street-culture from a true, insider’s perspective, and follow us on all social medias @mikeenemigo and @thecellblockofficial.