ORIGINAL GANGSTER: THE TRUE DEFINITION OF AN O.G. 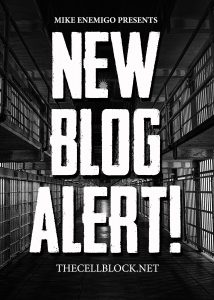 Original L.A. Crips Steve Champion and Anthony Ross, close associates of Crip co-founder Stanley “Tookie” Williams, break down the true definition of “O.G.,” and what’s required to be one. Both Champion and Ross have been in prison since 1982; Champion on San Quentin’s infamous death row.

A Brief History of the Term “O.G.”

The term “original” was first used by Crips in 1972. It meant “we’re the first” and was used by all Crips regardless of age. In 1974 the word “gangster” was added. It derived from the Original Gangster Crips (now known as Eight Tray Gangster Crips). Initially, Crips only used the term “O.G.” when writing their name or neighborhood; it was not customarily used in everyday speech. No one, for instance, would say “Cuz is an O.G.” or “What’s up, O.G.?” This is because, in those early years, Crips understood it to mean, “This is the ‘Set’ I am originally from” — an Original Westside or Eastside Crip. But with the expansion of the Crips came many individuals who had once belonged to other gangs; consequently, the term “O.G.” inevitably broadened.

In the mid-1970s the term “O.G.” also came to represent one who was fiercely loyal and “down” for his or her Set. It was akin to calling a person a patriot or nationalist. By the end of the 1970s, all of the Blood neighborhoods had adopted the “O.G.” term. Its transformation was evident among the younger generation of gang members, who began to refer to their older homeboy’s as “O.G.” This new connotation elevated the word to a status or title of respect and it became synonymous with a specific age group. Consequently, younger gang members excluded themselves from this elite club because now one had to be of a certain age in order to attain “O.G.” status. Today, this is more accepted usage, and herein originated the misconception.

In the mid-1980s, Crips began to migrate throughout the United States, taking with them their particular brand of “gangster” culture and vernacular. Crip “Sets” sprang up everywhere and with the mass commercial success of rap music, the term “O.G.” transcended its gang roots and entered popular culture and slang. By the late 1980s and early 1990s the term “O.G.” has broken through all cultural borders.

Nowadays, its usage is so common that it can be heard on the television and on the radio, in music and movies, and read in books and magazines. The term “O.G.,” along with its abbreviated form, “G,” is now applied to animals, records, clothing, and even foods. We understand its cool factor, but things have gotten out of hand. However, this is not the sole reason we feel the term must be redefined: the source of that hits much closer to home.

There are many people walking around who deserve neither the respect nor the acknowledgement that the title “O.G.” denotes. For far too long, so-called “Gs” and big homies have abused their status by exploiting and manipulating younger homeboys. A perfect example of this can be seen in the neighborhoods and prisons where the big homie, little homie relationship is only about superiority, control, and someone else doing the dirty work. Terms such as “Double-” and “Triple-O.G.” only reinforce the notion of age, and render the title ridiculous. This kind of unequal dynamic undermines the very core principles that all O.G.s should exemplify. The cornerstone of every O.G.’s/Elder’s character is integrity; if this is tainted by foul behavior then that person forfeits being recognized as an O.G./Elder. It is of supreme importance that the criteria for “O.G.” and “Elder” be based upon the content of a person’s character, the righteousness of their actions, and the love they show for their people, not on the misguided notion that they have been around a long time or reached a certain age bracket. There are men and women who are worthy of esteem but do not receive it, and there are those who receive it but do not deserve it. It is time for the truth to determine who earns the “O.G.” title.

The Need for Real Leaders

Without revered O.G.s, elders, leaders and teachers to bridge the gap between where one stands and where one is going, the younger generation can lose their way and misinterpret the meaning of their journey. O.G.s/Elders act as guides and advisors who offer their experience and wisdom. It is from them that the younger generation draws inspiration and a sense of purpose. If the O.G. elders are corrupt, then the younger generation can’t respect them. When this happens, the younger generation becomes trapped in a cycle of despair, conflict, addiction and chaos. When miners are trapped in a mine, whose obligation is it to rescue them? All of those above ground. O.G.s and elders, as we view these figures, have made it out of the mine and it is their responsibility to reach back and help others, to show them the way out — to show them how to build a new path and end the cycle of chaos.

Being called an O.G./Elder should be akin to being initiated into a sacred Order. As with being nominated for the Nobel Prize, the title of O.G./Elder should be taken with the utmost honor and seriousness because it implies that one has made many personal sacrifices, evolved in their thinking, and acquired wisdom. One can be an O.G. at twenty, thirty of fifty; what matters is one’s maturity, self-transformation, and a commitment to helping others. When people dedicate themselves to making a difference, they enter an order of honor and earn the esteem consequently bestowed upon them. O.G.s/Elders must live by and enforce upon themselves a higher standard of behavior. They must be aware of their symbolic role as father, mother and teacher. They must understand that when someone is searching for answers it is their duty to provide them with practical and comprehensive advice — advice that encourages, inspires and enlightens.

Since there is no university, academy or training camp that produces O.G.s, we can agree that not all O.G.s are wise and intelligent leaders. Therefore, the question we must ask ourselves is, what makes an O.G.? Here, we provide a new definition, along with five characteristics of a true O.G.

The Five Characteristics of an O.G.:

Outdated thinking and methods cannot be used to solve problems. Temporary solutions cannot end conflicts. If people lack a vision for their future, then there will be none. If they lack a blueprint for a new way of living, then it will not happen. In order to bring about a radical change and end the cycle of chaos, each individual must make a rational commitment to change.

For more Jewels of The Game, be sure to subscribe to The Official Blog of The Cell Block at thecellblock.net, where we provide raw, uncensored news, entertainment, and resources on the topics of prison and street-culture from a true, insider’s perspective. Be sure to check out our books, too, also at thecellblock.net.