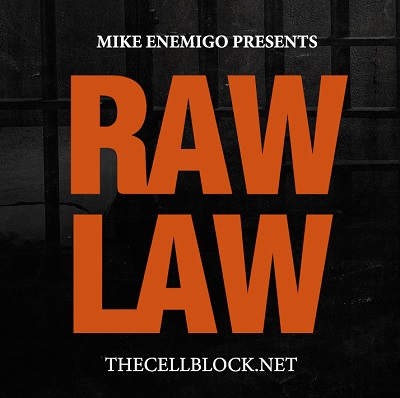 The Racketeer Influenced and Corrupt Organizations Act, commonly referred to as the RICO Act or simple RICO, is a United States federal law that provides for extended criminal penalties and a civil cause of action for acts performed as part of an ongoing criminal organization. The RICO Act focuses specifically on racketeering and allows leaders of a syndicate to be tried for the crimes they ordered others to do or assisted them in doing, closing a perceived loophole that allowed a person who instructed someone else to, for example, murder, to be exempt from the trial because they did not actually commit the crime personally.

RICO was enacted by section 901(a) of the Organized Crime Control Act of 1970 and is codified at 18 U.S.0 ch. 96 as 18 U.S.C. §§ 1961-1968. G. Robert Blakey, an adviser to the United States Senate Government Operations Committee, drafted the law under the close supervision of the committee’s chairman, Senator John Little McClellan. It was enacted as Title IX of the Organized Crime Control Act of 1970, and signed into law by Richard M. Nixon. While its original use in the 1970s was to prosecute the Mafia as well as others who were actively engaged in organized crime, its later application has been more widespread.

Under RICO, a person who has committed “at least two acts of racketeering activity” drawn from a list of 35 crimes – 27 federal crimes and 8 state crimes – within a 10-year period can be charged with racketeering if such acts are related in one of four specified ways to an “enterprise.” Those found guilty of racketeering can be fined up to $25,000 and sentenced to 20 years in prison per racketeering count. In addition, the racketeer must forfeit all ill-gotten gains and interest in any business gained through a pattern of “racketeering activity.”

When the U.S. Attorney decides to indict someone under RICO, they have the option of seeking a pre-trial restraining order or injunction to temporarily seize a defendant’s assets and prevent the transfer of potentially forfeitable property, as well as require the defendant to put up a performance bond. This provision was placed in the law because the owners of Mafia-related shell corporations often absconded with the assets. An injunction and/or performance bond ensures that there is something to seize in the event of a guilty verdict.

In many cases, the threat of a RICO indictment can force defendants to please guilty to lesser charges, in part because the seizure of the assets would make it difficult to pay a defense attorney. Despite its harsh provisions, a RICO-related charge is considered easy to prove in court since it focuses on patterns of behavior as opposed to criminal acts.

Both the criminal and civil components allow the recovery or treble damages (damages in triple the number of actual/compensatory damages).

Although its primary intent was to deal with organized crime, Blakey said that Congress never intended it to merely apply to the Mob. He once told Time, “We don’t want one set of rules for people whose collars are blue or whose names end in vowels, and another set for those whose collars are white and have Ivy League diplomas.

Initially, prosecutors were skeptical of using RICO, mainly because it was unproven. The RICO Act was first used by US Attorney’s Office in the Southern District of New York on September 18, 1979, in the United States v. Scotto. Scotto, who was convicted on charges of racketeering, accepting unlawful labor payments, and income tax evasion, headed the International Longshoreman’s Association. During the 1980s and 1990s, federal prosecutors used the law to bring charges against several Mafia figures. The second major success was the Mafia Commission Trial, which resulted in several top leaders of New York City’s Five Families getting what amounted to life sentences. By the turn of the century, RICO cases resulted in virtually all of the top leaders of the New York Mafia being sent to prison.

Beginning in 1972, 33 states, as well as Puerto Rico and the US Virgin Islands, adopted state RICO laws to cover additional state offenses under a similar scheme.

Under the law, the meaning of racketeering activity is set out at 18 U.S.C. § 1961. As currently amended is includes:

Pattern of racketeering activity requires at least two acts of racketeering activity, one of which occurred after the effective date of this chapter and the last of which occurs within ten years (excluding any period of imprisonment) after the commission of a prior act of racketeering activity. The US Supreme Court has instructed federal courts to follow the continuity-plus-relationship test in order to determine whether the facts of a specific case give rise to an established pattern. Predicate acts are related if they “have the same or similar purposes, results, participants, victims, or methods of commission, or otherwise are interrelated by distinguishing characteristics and are not isolated events.” Continuity is both a closed and open-ended concept, referring to either a closed period of conduct, or to past conduct that by its nature projects into the future with a threat of repetition.

Although some of the RICO predicate acts are extortion and blackmail, one of the most successful applications of the RICO laws has been the ability to indict and or sanction individuals for their behavior and actions committed against witnesses and victims in alleged retaliation or retribution for cooperating with federal law enforcement or intelligence agencies.

Violations of the RICO laws can be alleged in civil lawsuit cases or for criminal charges.

Anti-SLAPP (strategic lawsuit against public participation) laws can be applied in an attempt to curb alleged abuses of the legal system by individuals or corporations who use the courts as a weapon to retaliate against whistle blowers or victims or to silence another’s speech. RICO could be alleged if it can be shown that lawyers and/or their clients conspired and collaborated to concoct fictitious legal complaints solely in retribution and retaliating for themselves having been brought before the courts.

Although the RICO laws may cover drug trafficking crimes in addition to other more traditional RICO predicate acts such as extortion, blackmail, and racketeering, large-scale and organized drug networks are now commonly prosecuted under the Continuous Criminal Enterprise Statute, also known as the “Kingpin Statute.” The CCE laws target only traffickers who are responsible for long-term and elaborate conspiracies, whereas the RICO law covers a variety of organized criminal behaviors.

In 1979, the United States Federal Government went after Sonny Barger and several members and associates of the Oakland chapter of the Hells Angels using RICO. In Unites States vs. Barger, the prosecution team attempted to demonstrate a pattern of behavior to convict Barger and other members of the club of RICO offenses related to guns and illegal drugs. The jury acquitted Barger on the RICO charges with a hung jury on the predicate acts: “There was no proof it was part of a club policy, and as much as they tried, the government could not come up with any incriminating minutes from any of our meetings mentioning drugs and guns.”

On August 20, 2006, in Tampa, Florida, most of the state leadership members of street gang the Latin Kings were arrested in connection with RICO conspiracy charges to engage in racketeering. The operation, called “Broken Crown,” targeted statewide leadership of the Latin Kings. The raid occurred at the Caribbean American Club. Along with Hillsborough County Sheriff’s Office, Tampa Police Department, the State Attorney’s Office, the FBI, Immigration and Customs Enforcement, and the federal Bureau of Alcohol, Tobacco and Firearms were involved in the operation. Included in the arrest were leader Gilberto Santana from Brooklyn, NY, Captain Luis Hernandez from Miami, FL, Affiliate Celina Hernandez, Affiliate Michael Rocca, Affiliate Jessica Ramirez, Affiliate Reinaldo Arroyo, Affiliate Samuel Alvarado, Omari Tolbert, Edwin DeLeon, and many others, totaling 39.

Around June 1984, the Key West Police Department located in Monroe County, Florida, was declared a criminal enterprise under the federal RICO statutes after a lengthy United States Department of Justice investigation. Several high-ranking officers of the department, including Deputy Police Chief Raymond Cassamayor, were arrested on federal charges of running a protection racket for illegal cocaine smugglers. At trial, a witness testified he routinely delivered bags of cocaine to the Deputy Chief’s office at City Hall.

In the mid-1990s, prosecuting attorneys Gregory O’Connell and Charles Rose used RICO charges to bring down the Lucchese family within an 18-month period. Dismantling the Lucchese family had a profound financial impact on previously Mafia-held businesses such as construction, garment, and garbage hauling. Here they dominated and extorted money through taxes, dues, and fees. An example of this extortion was through the garbage business. Hauling of garbage from the World Trade Center cost the building owners $1.2 million per year to be removed when the Mafia monopolized the business, as compared to $150,000 per year when competitive bids could be sought.

In 2005, the U.S. Department of Justice’s Operation Family Secrets indicted 15 Chicago Outfit (also known as the Outfit, the Chicago Mafia, the Chicago Mob, or the Organization) members and associates under RICO predicates. Five defendants were convicted of RICO violations and other crimes. Six pled guilty, two died before trial and one was too sick to be tried.

For more Raw Law, visit thecellblock.net, where you can subscribe to The Official Magazine of The Cell Block, and be sure to follow us on IG @mikeenemigo and FB/thecellblockofficial.