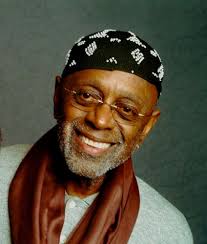 Though Reese’s operation and his reputation grew in the 1970s, he often conducted business personally rather than delegating tasks to his workers. During negotiations with a dealer over the purchase of a pound of cocaine, Reese brandished a shotgun in order to convey his seriousness.

In 1972, Reese was arrested in Los Angeles and charged with possession and distribution of cocaine. Though he was found guilty and handed a 15-year sentence, the verdict was later reversed by a federal appeals court. In 1976, Reese was found not guilty of income tax evasion and in 1978, he was acquitted on a narcotics distribution charge.

A federal investigation into Reese’s activities was launched in 1979. In the estimation of law enforcement, Reese was the preeminent African-American narcotics trafficker operating in Los Angeles during the 1960s and 70s.

On June 30, 1983, Reese associate Kevin Morgan was contacted by two undercover DEA agents in search of a cocaine supplier. During the phone call, Morgan set up a meeting at an LA gym and promised to introduce the pair to Reese’s daughter, Rhonda. The following day, Morgan arrived for the meet in Reese’s blue Rolls-Royce with Reese’s 13-year-old son Thomas Reese, Jr; the two sold the agents an ounce of cocaine for $2,000.

In spite of his anger at Morgan for involving his son and suspicion that the would-be buyers were police officers, the elder Reese met the agents later that night at LA’s Olympic Auditorium, where he attended a boxing match. That same night, Reese sold them an ounce of cocaine for $1,600 via Morgan. Still suspicious, Reese examined the serial numbers of the agents’ cash and later sold his Rolls in order to prevent its potential seizure by police. On September 6, Thomas and Linda Reese, accompanied by Reese-associate Carlos Garcia, met the two undercover agents at an LA cafe, where Reese agreed to provide them with a heroin sample and to sell them three ounces of cocaine. After selling the agents the cocaine for $4,800, Reese met them once more in Las Vegas and two more times in Los Angeles.

On September 27, the Reeses met the agents in a hotel room in Marina del Rey, California. Arriving in a green Rolls-Royce, Linda gave the pair five ounces of cocaine; when Thomas arrived, in a red Corvette, he brought a scale with which to weigh the narcotics and took the agents’ $7500 payment. Three days later, Reese met the pair at an LA cafe and sold them $12,000 worth of heroin. On December 1, the day after meeting the agents at a Reseda, California country club to discuss business, the Reeses again met them at Marina del Rey’s Marina International Hotel, where they sold them two kilograms of cocaine for $50,000. Both Thomas and Linda Reese were placed under arrest as they attempted to exit the hotel room. That same day, a search of the Reeses’ home turned up a semi-automatic carbine rifle behind a painting in the living room and a .44 Magnum revolver under a pillow in the couple’s bedroom.

A federal indictment naming Reese as a member of a cocaine and heroin distribution conspiracy was unsealed on December 2 and he was subsequently charged with 24 counts of drug-related offenses by a federal grand jury.

On June 19, 1984, Reese was found guilty on 20 counts of narcotics-related offenses by US District Court Judge Richard Gadbois, Jr. A charge of illegal possession of a firearm was dismissed. Linda Reese was found guilty on six counts, including conspiracy to possess cocaine with intent to distribute; aiding and abetting the sale of cocaine, and possession with intent to distribute. The couple held hands as the verdicts were read. Reese faced a potential 129-year prison stint and a $345,000 fine; Linda faced a maximum of 60 years in prison.

Following the verdict, the father of 13 admitted to selling the kilograms during an interview with the Los Angeles Times. He was subsequently sentenced to 35 years in federal prison; Linda was sentenced to 10 years.

For more certified street news, visit thecellblock.net and subscribe to The Official Magazine of The Cell Block, where we provide you raw, uncensored news, entertainment, and resources on the topics of prison and street culture, and be sure to follow us on IG @mikeenemigo and FB/thecellblockofficial today!