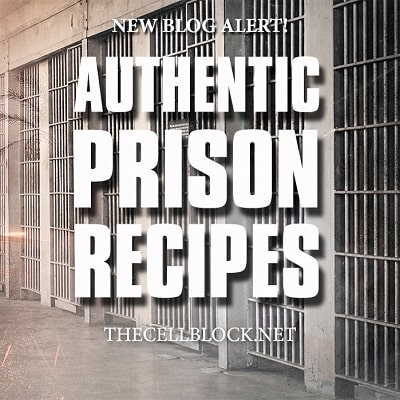 There’s any number of reasons why a man might learn how to cook in prison. On the inside, the food served during chow is notoriously low-quality, hopelessly bland, and served in meager, rationed portions. Cooking with commissary items like ramen noodles, canned tuna, and butter packets – as unappetizing as that may sound to some – allows inmates a small glimpse of the food they enjoyed on the outside, a hint of the flavor and seasoning their families enjoyed around the dinner table back home. The physical act of cooking – dicing, chopping, and baking ingredients in a toaster oven or microwave – also rings of the everyday normalcy lost on the outside, focusing the mind.

As true as all of that might be, for Albert “Prodigy” Johnson – one half of the legendary Queensbridge hip-hop duo, Mobb Deep – cooking in prison was not a luxury, or a form of escapism, but an act of survival.

Having suffered from sickle cell anemia since he was a child, Prodigy’s mind was immediately fixated on food after he was sentenced to three-and-a-half years in prison on gun charges in 2007. During his first day on Rikers Island, the rapper was sent to the infirmary with food poisoning, and it became clear that keeping a close eye on what went in his body would be a matter of life and death.

Six years after his release from jail, Prodigy released Commissary Kitchen: My Infamous Prison Cookbook, detailing exactly how he managed to eat healthy in a system designed to wear men and women down from the inside out.

“This book won’t make you a better cook, but it might make you a better person,” Prodigy writes in the introduction. “Because in a world where prisoners are treated like animals, we made our experiences there feel more human by how we prepared our food.

From ingenious recipes for how to make dumplings out of gooey elbow macaroni, to ketchup-soaked sangria, here are four of our favorite recipes from Prodigy’s Commissary Kitchen.

Directions: For his sweet potato pie, P makes a crust out of finely-crushed graham crackers and melted butter packets. Then, he takes some yams (along with the “juice” from the can) and mixes it in a bowl with sugar and honey. After heating the filling in the microwave, and adding more butter, he spreads the warm yams over the graham cracker crust and toasts the whole thing for 25 minutes.

Prodigy’s tip: “Eyeball it to see if you need more time.”

Directions: For one of the more creative dishes from Prodigy’s adventures in the kitchen, the prison chef boils a bowl of macaroni in the microwave until the pasta turns mush and “looks like shit. From there, he makes little balls in his palm and flattens them out with his thumb, creating small dumpling pockets. He fills the dumplings with canned vegetables, hot sauce, and soy sauce, brushes them with butter, and toasts for three minutes.

Prodigy’s tip: “Some inmates liked to make the dumpling batter with wet bread, but that looked gross to me. You could also add some canned chicken to the mix, but it takes twice as long to cook. These are fast.”

Directions: Though Chef Boyar-P is decidedly anti-ramen (too much sodium), prison surprise is one of the more legendary jail dishes around, and the rapper decided to bless us with a recipe all the same. Basically, the Doritos make a kind of cheese sauce once they’re crushed up and mixed in with the boiling noodles. The Jack Mack – or mackerel in a can – is rinsed off and placed on top of the noodles.

Go to thecellblock.net and subscribe to The Official Blog of The Cell Block, where we provide you with raw, uncensored news, entertainment, and resources on the topics of prison and street culture, from a true, insider’s perspective, and follow us on IG @mikeenemigo and FB/thecellblockofficial today!