A LAW PROFESSOR EXPLAINS WHY YOU SHOULD NEVER TALK TO POLICE 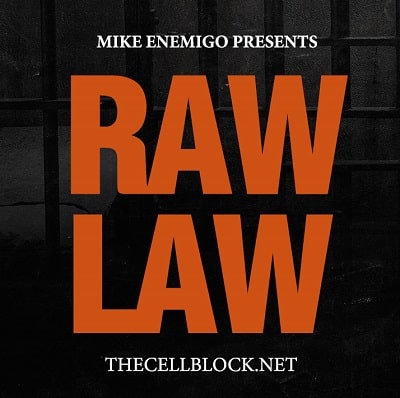 James Duane doesn’t think you should ever talk to police. Not just, “Don’t talk to the police if you’re accused of a crime,” or “Don’t talk to the police in an interrogation setting” – never talk to cops, period. If you are found doing something suspicious by an officer (say, breaking into your own house because you locked yourself outside), you are legally obligated to tell the cop your name and what you’re doing at that very moment.

Other than that, Duane says, you should fall back on four short words: “I want a lawyer.”

In 2008, Duane, a professor at Virginia’s Regent Law School, gave a lecture about the risks of talking to police that was filmed and posted to YouTube. It’s since been viewed millions of times, enjoying a new viral boost after the Netflix documentary Making a Murderer spurred interest in false confessions. His argument, which he’s since expanded into a book called You Have the Right to Remain Innocent, is that even if you haven’t committed a crime, it’s dangerous to tell the police any information. You might make mistakes when explaining where you were at the time of a crime that the police interpret as lies; the officer talking to you could misremember what you say much later; you may be tricked into saying the wrong things by cops under no obligation to tell you the truth; and your statements to police could, in combination with faulty eyewitness accounts, shoddy “expert” testimony, and sheer bad luck, lead you to being convicted of a serious crime.

Duane’s book details several outrageous incidents just like that around the country, clearly showing the many ways the system is stacked against suspects. These include a proliferation of poorly written laws that make nearly anything a potential crime, rules that allow prosecutors to cherry-pick only the most damning parts of police interrogations at trials, and a little-known 2013 Supreme Court ruling allowing prosecutors to tell juries that defendants had invoked the Fifth Amendment – in other words, telling an officer you are making use of your right to remain silent could wind up being used as evidence against you. For that reason, Duane thinks that you shouldn’t even tell the police that you are refusing to talk. your safest course, he says, is to ask in no uncertain terms for a lawyer, and keep on asking until the police stop talking to you.

Though Duane said in his lecture he would never speak to the police, he has no problem speaking to anyone else, especially about that lousy Supreme Court ruling, ways to reduce false confessions, and why he’s cool with his book helping guilty people go free.

How did you get into the business of telling people not to talk to the cops?

James Duane: I never planned or anticipated that this was going to become a specialty of mine. I taught a class at my law school in 2008 and decided to talk about the Fifth Amendment. The particular setting catalyst that prompted me to talk about that subject was I had seen some things in the paper quoting various individuals – knowledgeable folks, folks who ought to know better – who were basically suggesting, “Well, if somebody takes the Fifth Amendment, I guess that kind of proves that they’re guilty.” Which is monstrously false.

I thought, why don’t I say something about that? That’s what prompted me to do that original recording. When it went viral like that, I started getting phone calls and letters and emails from different people with lots more questions and feedback and many, many invitations to come and speak to different groups of lawyers, judges, law students, and college students – and I said yes to almost every one of them.

I had a lot to learn, too. The thing I didn’t fully understand, because I had been in the business for so long, is how surprising and counterintuitive all of this is to the average guy on the street. I spoke to so many sophisticated audiences, college students, law students, and they said, “This was astonishing, we had no idea, we never heard any of this, we never knew any of this.” And that was what reminded me, it’s important to get this message out to as many people as possible.

In your book, you advise people not to even take the Fifth thanks to a Supreme Court ruling. Could you talk a little about why?

Up until about five years ago [interview from 20161, lawyers would give out business cards to their client and say, “Read this to the police,” and it’d say, “At the advice of my attorney I decline to answer on the grounds that it may incriminate me, I’m invoking the Fifth Amendment.” And there wasn’t a lot of soul-searching and agonizing that went into all of this, because as long as the jury never finds out you took the Fifth, it’s a perfectly sensible solution. But the tide turns in 2013 with this wretched, abominable decision by the Supreme Court in Salinas v. Texas that changed everything.

In the Salinas case, a young man was interrogated by the police, and when they asked him a bunch of questions that didn’t seem to be very threatening, he took the bait and answered them all. Then all of a sudden, they [asked a question that made it] obvious they wanted information that might expose him to criminal prosecution, and he just got silent. He didn’t say a word. And there’s no doubt that he was exercising his Fifth Amendment privilege, but he didn’t [formally] assert his Fifth Amendment privilege. So, the five Republican [appointees] on the Supreme Court said, because you didn’t tell the police you were using your Fifth Amendment privilege, your exercise of the privilege, or your decision to remain silent can be used against you as evidence of guilt. Which probably had a dozen Supreme Court justices rolling over in their grave.

The game has changed now that your choice to use the fifth amendment privilege can be used against you at trial depending exactly how and where you do it. As I explain in the book, now the problem is, if you’re kind of clumsy about the way you assert the Fifth Amendment, you’re running a lot of different risks.

What are some reforms to the interrogation process that could reduce the number of innocent people who wind up in prison?

I don’t think there’s any objective observer who would deny we really ought to be recording, with high-quality recording equipment, every step of every phase of all interaction between the police and the accused. In this day and age, where video and audio surveillance is practically ubiquitous wherever you go, it ought to be a national scandal that police officers and government agents are not generally required to record the entire interview.

Another thing that I think police officers should be precluded from sharing information that they acquire in their investigations with witnesses. The Supreme Court has handed down this huge body of case law saying if police obtained evidence in violation of the Fourth, Fifth, or Sixth amendments, it’s inadmissible in trial. It’s a naive solution, because right now our laws poses no restriction of any kind on the ability of the police to take information that they’ve acquired illegally and tell their witnesses about it. You’ve got a victim who saw the defendant’s picture – “Oh, I think that’s the guy, but I’m not sure.” You tell her one month later that he confessed, that he says he did it, but the judge says we can’t use it because of a technicality. As soon as this woman hears that the guy confessed, trust me, she’s gonna show up at trial, and she’s going to say to the judge or the jury, “There’s no doubt about it in my mind, I’m absolutely certain.”

Perhaps the most basic or the most radical suggestion of all is the whole business of conducting criminal investigation should not be placed in the hands of partisans who are assigned the job of putting together the prosecutor’s case. Any police officer will tell you, “We’re here to get to the truth.” But the reality is that over time police officers inevitably come to see themselves as part of the prosecutor’s team. They work with the prosecutors, they testify for the prosecutors, they meet with the prosecutors. There are other Western democracies that have legal systems mostly like ours but place significant parts of the criminal investigation in the hands and under the direct supervision of judges and magistrates who really are neutral.

What has the response of law enforcement been to your speeches and your work?

Believe it or not, the numerous responses that I have received from police officers and even more often from former police officers has been overwhelmingly positive. I’ve received a great number of emails, and I’ve spoken privately and publicly to many police officers about the whole subject, and almost without exception, they all say, “It’s true. What you say is true.”

If everyone buys your book and follows your advice, would that make it harder for cops to investigate crimes?

Oh yes, and that’s inevitable. It would be at least a little bit more difficult for the police officers to put together successful criminal prosecutions against some people who are now being convicted. Some of them are guilty, some of them are innocent. But that’s my objective. I’m trying to make it more difficult for the police to obtain convictions of innocent people.

That would likely mean that some guilty people would go free. Would you be OK with that?

I would definitely take that tradeoff – no doubt about it at all. The Supreme Court has said it’s much better for guilty people to go free from time to time if that’s the price we’re going to pay for innocent people not being convicted, because one innocent man unjustly convicted is much worse than one guilty man going free.

But I must add, it’s far from clear that if everybody read my book that the number of guilty people getting off would necessarily increase to any significant extent. This book is going to have the most powerful effect on shaping the conduct of people who right now are talking to the police. And who’s talking to the police right now? Generally, the least sophisticated people: People who have never been arrested before, people who are innocent. Those are the ones who are most likely to say, “Of course I’ll talk, how could this go wrong, I’ve got nothing to lose, nothing to hide.” Many of them regret it and many of them regret it as the biggest mistake they’ve ever made in their life.

The guiltiest people, the worst criminals in our society – by and large, most of them have been arrested and prosecuted a couple of times already, and they’ve been though the system, and they’ve talked to a lawyer and already learned what the book says. So I’m not worried too much that this book is gonna put some helpful information in the hands of criminals that they don’t already have, because the truth is most of them understand very well how the system works.

For more Raw Law, go to thecellblock.net and subscribe to The Official Magazine of The Cell Block, and be sure to follow us on IG @mikeenemigo and FB/thecellblockofficial.