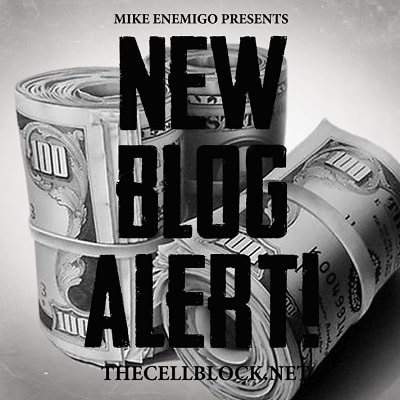 Dominating the Essence and New York Times bestsellers lists, respectively, street literature, officially recognized as urban fiction, has evolved into a permanent part of American literature. Telling the often tragic stories of African-American men trapped in the gritty realities of urban culture and the women who love them and become victims of vicious cycles, these novels have captivated many in the black community and beyond.

With the success of street literature, many African-American authors have been transformed from street-savvy hustlers to literary inspirations and millionaires. Most of these prominent urban authors are using their life experiences to fuel their passion and words. Here, we feature eight urban authors who were once or are still incarcerated. They all have criminal histories, but now their experiences are used to prevent others from following down such a despairing path.

With the release of her 2005 acclaimed debut novel, Thugs and the Women who Love Them, the world was introduced to an emerging talent in urban fiction, Wahida Clark. The “Queen on Thug Love Fiction” immediately built a dedicated foundation of readers that were mesmerized with her depictions of a lifestyle that involved hustling, murder, and millions. Writing about the realities of the “ghetto,” where loyalty is more valuable than life, Clark used her words to create a literary empire.

Though the New Jersey native is one of the most popular authors writing street literature, for most of her Essence Bestselling career, she was once incarcerated in a women’s federal camp in Lexington, Kentucky. After reading a small portion of Shannon Holmes’ B-More Careful in XXL magazine, Clark made the conscious decision to dedicate the remainder of her nine-year-sentence to creating the “Thug” series, thus sharing her experiences in life with the world. Since her release, Wahida Clark had used her position in literature to expose other urban authors to her audience. She is now the head of W. Clark Publishing and is now regarded as a savvy business woman and wise entrepreneur.

When True to the Game author, Teri Woods, discovered Kwame Teague in a North Carolina prison, a dynasty was created. Serving two life sentences for the shooting deaths of two men (he plead not guilty), Teague refused to spend his time idly, waiting for a possible release date in the future. Instead, he has penned the series, Dutch, a wildly successful urban fiction masterpiece that has captured the attention of many readers. Though Kwame’s name is not included on the covers of any of the Dutch novels for legal reasons, he is the mastermind behind the words. The Dutch series has been banned in all state prisons for inciting violence among inmates, but that has not stopped Teague from continuing to write about these fictional characters living real-life situations.

K’wan is one of the most accomplished authors in urban fiction, but in 2002, he was merely a novice in the writing world, as he was the first author in line to be published by the relatively small and widely unknown company, Triple Crown Publications. Catching the writing bug while serving a short stint in jail, K’wan was literally dared to write the beginnings of the classic, Gangsta. It became the foundation from which Triple Crown Publications was built and evolved into an Essence bestseller and a favorite of many devoted urban fiction readers. Now, with over 10 bestsellers under his belt, a multi-book deal with St. Martin’s Press, and thousands of his adoring fans that read whatever he chooses to write, K’wan is regarded as one of the leaders in the genre.

Author of the extremely popular and successful Wifey series, Kiki Swinson is a living testament to the resilience of the human spirit. The Portsmouth, Virginia, writer discovered her passion for penning real-life experiences in novel form when she completed her first book, Mad Shambles, while serving five-years in federal prison for allegedly being the “wifey” of a very successful drug dealer. After being released, Swinson self-published Mad Shambles before pitching Wifey to publishing houses. Eventually, the book was picked up by Melodrama Publishing and after fans demanded a sequel. Swinson delivered with I’m Still Wifey, Life After Wifey, and Still Wifey Material along with other popular novels. Fifteen years after being released from prison, Kiki Swinson’s life as a narcotics kingpen’s wifey had generated a hefty profit.

Bronx, New York native, Shannon Holmes, was armed with nothing more than a GED and a prison record when he decided that writing about his street experiences rather than living them was his life’s mission. While serving five years in prison for various drug convictions, Holmes wrote his first novel and negotiated a deal with Triple Crown Publications. His timely classic, B-More Careful, was the launching pad for his successful career as an author. Going on to sell half-a-million copies, B-More Careful transformed Holmes into a platinum commodity in publishing. After negotiating a two-book, six-figure deal with Simon and Schuster, Holmes continues to be a giant in urban fiction. His soft more novel, Bad Girlz sold 50,000 copies in the first week alone and he accomplished a feat that no other urban fiction author had been able to do in the past. His critically acclaimed book, Never Go Home Again was the first in the genre to be printed in hardcover. Now crowned as the “King of Hip-Hop Literature,” Holmes has negotiated a larger deal with St. Martin’s Press and released several other popular street novels.

Seven years in federal prison served Jihad well. It awakened his conscious to the issues plaguing the African-American community and inspired him to begin writing and using his experiences to motive others to achieve the impossible. After signing a deal with Envisions Publishing, Jihad created the Jihad Uhuru Wake-Up Everybody Foundation and began creating thought-provoking characters for his popular novels, including Preacherman Blues, Preacherman Blues 2, and Baby Girl. As an award-winning novelist and Essence bestseller, Jihad is nine novels into his blossoming career and is in the process of adapting Baby Girl into a screenplay.

All hail the Queen of Hip-Hop Literature! Vickie M. Stringer is a literary powerhouse. After founding the renowned publishing company Triple Crown Publications, Stringer was integral in changing the publishing world by creating a stable of urban authors with powerful stories to share with the world. Once considered the “Cocaine Queen” of Columbus, Ohio, Stringer served seven years in federal prison before realizing that she had a knack and passion for writing. After her release, stringer found Triple Crown Publications. After receiving 26 rejection letters from different publishing houses, Stringer self-published Let That Be the Reason, selling it out the trunk of her car at salons and barbershops. Now, she has inked a deal with Simon & Schuster to publish her successful novels including Dirty Red while she still seeks talent for her Triple Crown Publications, which is rumored to be worth millions. Vickie M. Stringer turned her life into a living testament to the power of determination, strong will, and the resilience of the human spirit.

There isn’t much known about one of Kensington Publishing Corporation’s premiere authors, Treasure Hernandez, but her novels are a grim slice of urban reality. As the creator of the Flint and Baltimore Chronicles series, Hernandez is a force to be reckoned with in the urban fiction genre. After her words were discord by fellow author, Carl Weber, Hernandez has been in a tunnel headed towards success.  The most powerful aspect of Treasure Hernandez’ journey is that she is currently incarcerated, but has released a full seven-book series, three books of a new series, and two other independent novels. Once she is released, Treasure will be able to capitalize on the career that she has established behind prison walls.

Think you have what it takes to be the next Street Lit star? If so, be sure to order How to Write Urban Books for Money & Fame, Prisoner Edition, by Mike Enemigo and King Guru, available at thecellblock.net. Inside you will learn the true story of how Mike Enemigo and King Guru have received money and fame from inside their prison cells by writing urban books; the SECRETS to writing hood classics so you, too, can be caked up and famous; proper punctuation using hood examples; and resources you can use to achieve your money motivated ambitions! If you’re a prisoner who wants to write urban novels for money and fame, this must-have manual will give you all the game!