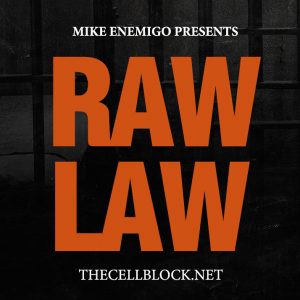 “The benchmark for judging any claim of ineffectiveness, must be whether counsel’s conduct so undermined the proper functioning of the adversarial process that the trial cannot be relied upon as having produced a just result.”Strickland 2063.

What does the court mean by “the adversarial process?”

It’s the concept of hearings and trials to resolve disputes between two parties: two adversaries who bring their dispute before a tribunal to be determined by a neutral party who decides who wins based upon the evidence presented. The truth is determined by testing both sides of the story as the “Adversary System of Justice.”

This concept of discovering the truth is controlled by the parties – the state and the criminal defendant – who stand equal before a neutral court. A jury of lay citizens, rather than professionally trained judicial officers, determines whether guilt has been proven. The judge acts as a relatively passive “umpire” who settles legal issues between the parties but does not actively seek to control the selection or presentation of those issues or to guide the process to a factually accurate and legally just result.

This concept of justice serves its purpose only when a trial is held before a competent judge and both the prosecution and the defense are represented by competent counsel. If any part of this tripod of justice is weak or fails to satisfy their individual functions, the tripod of justice loses its stability, collapses and fails to produce a reliable result, which is the ultimate goal of this concept. Each leg of the tripod must beequally strong if the “Adversary System” is to produce justice as its result. The prosecutor, defense counsel and the trial judge have duties and responsibilities that must be met if justice is to be attained.

Competent and effective defense counsel is crucial to the function of the adversarial process.

Understanding defense counsel’s role in the process guides the proper analysis in determining a successful ineffective counsel claim. The rule governing the analysis of an ineffective assistance of counsel claim is well settled.

A defendant must prove that his ineffective assistance of counsel claim is:

The test for determining whether counsel has a reasonable basis for their act or omission, is not whether other alternatives were more reasonable by employing a hindsight analysisevaluation of the record, but whether council’s decision had any reasonable basis to advance your interests. Counsel need only state a “reason” for their action and categorize it as their strategy under the circumstances at the time. To satisfy the prong of test, you must prove the counsel’s strategic decision was so unreasonable that no competent attorney would have chosen it. Com. v. Albrecht 511 A.2d 764, 776 (Pa 1986).

This is the most difficult prong to prove because an attorney’s reason for doing or not doing something is characterized as “strategy”, and according to Strickland, “strategic choices made after thorough investigation of law and facts relevant to plausible options are virtually unchallengeable…” This is the reason why so many ineffective assistance of counsel claims fail: because defendants are ignorant of the proper way to challenge and undermine counsel’s strategy to justify denying relief.

Stricklandalso stated, “…counsel has a duty to make reasonable investigations or to make a reasonable decision that makes particular investigations unnecessary.” Counsel’s strategy must be based upon an investigation of the facts and the law applied to the facts in formulating a strategy to serve your interests. There can be no reasonablestrategy without conducting a proper investigation. Stricklandheld that the reasonableness of counsel’s actions in measured by what a competent attorney would do under the same circumstances. Stricklandalso states that attorney competence is defined by professional norms, which are established by the ABA Standards for Criminal Justice Defense Function Standards, Rules of Professional Conduct and Code of Professional Responsibility. Toprove counsel’s actions were unreasonable, you must discover violations of the standards for attorney competence. Such violations establish the attorney’s incompetence, thereby removing their shield of strategic choice, because incompetent attorneys cannot make strategic choices. Strickland held that attorney competence is measured and analyzed by professional norms (standards).

Courts use these standards as an aid in determining when counsel is ineffective, because they establish the duties of defense counsel and are an excellent basis for analyzing competence. The standards express self-evident concepts of professionalethics and provide notice to attorneys of what’s expected of them as well as a guideline for determining competence. The defense standards embody the collective wisdom of ensuring competence for the defense leg of the “tripod of justice.” They clearly indicate to counsel what indeed must be done to prove competent representation. Violations of these standards removes strategy; without a strategy, counsel’s actions are unreasonable. Counsel couldn’t possibly say it was a strategic choice to violate the standards of his profession.

To satisfy the prejudice prong of an ineffectiveness claim, you must demonstrate that counsel’s act or omission had an adverse effect on the outcome of the proceedings.

Com. v. Marshall 663 A.2d 1100, 1103 (Pa 1993). You must plead (write it) and demonstrate (show how) that there’s a reasonable probability that, but for the act or omission challenged, there’s a likelihood you would’ve been found not guilty of the specific charge or charges. Com. v. Jones 683 A.2d 1181, 1188 (Pa 1996). This doesn’t mean you would have been “absolutely” found not guilty, only that there’s a “reasonable likelihood” there would’ve been a different outcome.

When you understand the legal principles governing ineffective assistance of counsel claims, you will be able to demonstrate in your pleadings how your issues will be proved by developing your argument through the circumstances of your case. The discussion of the circumstances includes not only the totality of the evidence that was introduced at trial, but also facts concerning the prosecution of the case and how counsel’s acts and omissions affected the process of ascertaining the truth, and as a result, the verdict is unreliable. Com. V. Rivers 786 A.2d 923, 927-930 (Pa 2001). Boilerplate pleadings such as “counsel did not have a reasonable basis for his act or omission” or “the outcome could’ve been different,” without more, is insufficient. You must develop an argumentin support of those conclusions. Rivers at 931.

In conclusion, Counsel is “presumed” to be effective and you have the burden of proving otherwise. The court is not going to do it for you. You must show and prove to the court how you’re right, and why you’re right. The rightness is not measured by your perception of what’s right; it’s measured by law. What’s wrong in reality might not be wrong according to law. You use law that proves you right. It’s a game governed by rules, and if you don’t know those rules, you become a victim of the game, rather than a player in it. There’s much more to this game than copying language from a case and presenting it to the court. You must understand the legal doctrine and principles that created that language.

There are no instant answers or magic wands in the game of law. Knowledge is power and your protection from deception. When you know the truth, you can identify who doesn’t. The truth is in those books, not in what’s said. You must read, read, and continue to read. You can’t get there any other way. Always remain optimistic despite the circumstances, and be mindful that accomplishing your goals is like watching a movie – don’t walk out the movie just because you’re at a part you don’t like. There’s no elevator to success, you must take the stairs. Defeat comes from clinging to solutions that don’t work. Until you do something different, you won’t get anything different.

Note: For educational purposes only. Always research the law yourself to verify the accuracy of anyone’s legal analysis.

Go to thecellblock.net and subscribe to The Official Blog of The Cell Block for raw, uncensored news, entertainment, and resources on the topics of prison and street culture, from a true, insider’s perspective, and be sure to follow us on social media at @mikeenemigo and @thecellblockofficial.