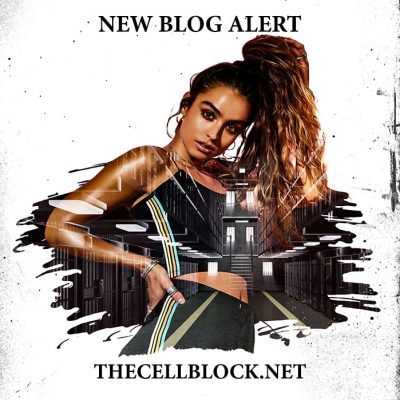 Sex: Physical sexual contact between individuals that involves the genitalia.

In my search to dissect and then explain the science of cultivating long-term relationships between incarcerated men and free women, I’ve come to a specific conclusion when it comes to women and sex. When it comes to separating the act of having sex and building emotional ties with their sexual partners, women are incapable of dissociating the two.

I have always been a major proponent of the notion that women are less shallow than men when it comes to relationships. It always seemed to me that women paid more attention to their partners on a deeper level than men. To me it seemed as if sex wasn’t as big a deal to them as it is to us.

As an incarcerated man I’ve had to deal with a set of relationship issues that most free men don’t have problems with. See, these prison walls make it extremely hard for me and my peers to sexually satisfy our partners. Convicts can be there for their wives and girlfriends in an array of ways; we can totally fulfill their emotional needs, if we have connections on the streets, we can offer them a sense of protection, and some guys are even able to generate enough funds to take care of their female’s financial needs. But, sex… Damn it, that’s a hard one.

Being the MAC’n Guru that I am, I’ve set out on a mission to figure out what it takes for men in prison to not only meet and seduce women (all women we come in contact with in here or on the other side of the wall), but to also nurture long-term relationships. I accumulate information and insight by not only asking guys in here about their experiences, but reaching into my own memory bank.

For the longest time I’ve spoken up for women, arguing that sex isn’t as big for them as it is for us. The common consensus on the subject of what we would do if the tables were turned (woman in prison, guy on the streets) is that not many of us would stay celibate. Although most men in here concede to that notion, the same number also claimed they’d still rock with their Pretty Girl.

This type of Front Street conversation always gets me to ask the guys why we trip off our women having sex with other men while we’re in prison? For the longest time I couldn’t find anyone to give me a serious answer. So I started to believe most men are just jealous and overbearing, and that prison made us this way.

Then I started talking about it to more and more people because I came up with a theory on open relationships. I wanted to give all my women in the free world the option to have sex outside of the relationship. That’s when the homey started explaining to me that women aren’t wired the same way we are. He broke down the science on how women just can’t have sex with no strings attached. I disputed this notion to the best of my ability, but then I started to notice a recurring theme as I looked beyond the surface.

It started to become clear when I looked at a cycle that many inmates go through with their girlfriends. Those of us who have a lot of time have all experienced times when our main females will disappear for long periods of time. They’ll be gone for months, sometimes years, just to come back when they’re ready. Sometimes this cycle will repeat itself several times during a person’s term. Then I had a theory regarding open relationships where the woman on the streets was allowed to have sex outside of the relationship. That idea didn’t work because the females weren’t having it. In addition to all that, I looked into my own past and that’s when I had an “aha” moment.

When women meet men and they end up having sex, if the man’s sex Game is good, then the female is not going to be able to refrain herself from acquiring emotional ties to this individual. She will inevitably become infatuated with him. She will chase him and give him all of her time and affection. This phenomenon is guaranteed to happen. No matter how hard she tries not to cultivate an emotional connection she won’t be able to fight it.

What this proves is that there is a major misconception in western culture that says men’s weakness is sex. That is not true! I argue that sex is women’s cryptonite. It’s the females who can’t control their emotions after having mind-blowing sex with someone. Guy’s can have sex with multiple women and never fall in love no matter how good it is. That’s because we can differentiate between having recreational sex and building an emotional connection. Through this paradigm the world of relationships is busted wide open. Everything suddenly becomes a lot clearer.

So now that we’ve come to a conclusion of fact, the next step is to come up with a plan of action. We can’t fight what nature has created. All we can do is tip the scales in our favor.

My advice to men everywhere is to handcuff the pussy! Yes, you have a right to be jealous and overprotective. You gotta be on your female so she doesn’t stray. You must do this with all the tools at your disposal. Whether you have to make it your job to cupcake with her, or you gotta Taliban that ho, do what you gotta do! Don’t give her the opportunity to cultivate any outside relationships. Treat her like a queen, make sure you meet all of her emotional needs. Yet, keep an iron clad hold on her extracurricular activities ‘cuz one slip on your part can cost you your relationship. Always keep this in mind, and never forget their nature… women cannot handle recreational sex.

For more certified Game, go to thecellblock.net and subscribe to The Official Blog of The Cell Block, where we provide you raw, uncensored news, entertainment and resources on the topics of prison and street-culture from a true, insider’s perspective, and follow us on social media @mikeenemigo and @thecellblockofficial.