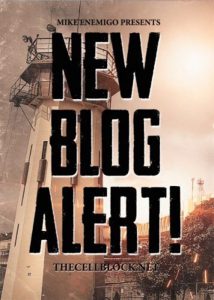 Everyone in the world has been affected in one or another by COVID-19. It’s a trip how fast a respiratory disease can travel from a place called Wahun, China to a prison in central California. For the last month we’ve been on modified program, limiting our movements to “protect” us from this sickness. This morning the staff was in an uproar because one of the buildings on this yard is being cleared out in order to make it a quarantine building.

I appreciate the attempt to “protect” the rest of the population, but I can’t help but look at our overseers as a possible threat especially since health care workers, and people who have had contact with those who are infected, are the highest risk for passing it on. We’re not allowed to get visits, yet our captors are going and coming as they please. And, since this disease has been in America since at least January 21st of this year, chances of one of our staff having it is extremely high.

No one seems to be trippin’ off this around here. Some people are actually joking about it, like they really don’t care, or are immune to it. I saw this same type of apathy among the ignorant when 9-11 happened. I can just sit back and hope for the best, yet I can’t get the feeling out of my head that regardless of his this turns out, the world as we know it will never be the same.

They tell us to protect ourselves by not touching our eyes, nose and mouth with unwashed hands. To wash our hands with soap and water for at least 20 seconds and to clean all surfaces. But what I don’t get is, regardless of how clean our cells are, how are we really supposed to protect ourselves from a respiratory illness? It doesn’t seem realistic to me.

California prison system has systematically overhauled its rehabilitation services. I’ve actually experienced the change. When I first got locked up, if you were housed in a level 4 prison, movement was null to void. The only movement we had was yard, and even that was limited because we were always on lockdown. But, the new CDCR is different. Ever since the Feds came in threatening to take over, there’ve been tons of changes. One of the major differences I’m seeing is all the groups, educational opportunities and work assignments. Everybody either has a job or class, some people have both.

I’m taking advantage of these opportunities. I’m taking college courses so I can get a few degrees. But then we got quarantined! All college classes, self-help groups and trade courses have been indefinitely put on hold. The good thing is, we still get work, but it’s in-cell. No longer do we get to sit in class to listen to our professor’s lecture.

“I’m confident that we (the whole human population) will trudge forwards like we always have.”

Nevertheless, CDCR is trying to alleviate some of the stress that comes with being quarantined from the rest of the world. They’ve given us all one free phone call, and JPay sent an email telling us we’ll be getting two free emails a week. All that’s cool and all, but I can’t help but think that I’m a sitting duck. It’s almost as if we’re sitting here waiting to get sick.

“Regardless of how bad this gets”

The way the news makes it sound is like this thing has to get worse before it gets better. The number of deaths are spelling out the same notion. What else are we supposed to think? Still, the moral isn’t low at all. Not having visits is affecting part of the population in several different ways, but things are going on as usual as far as the inmates are concerned, which is cool. It’s also a testament to the fact that humans are so resilient. Regardless of how bad this gets, I’m confident that we (the whole human population) will trudge forwards like we always have.

Go to thecellblock.net and subscribe to The Official Blog of The Cell Block, where we provide you raw, uncensored news, entertainment and resources on the topics of prison and street-culture from a true, insider’s perspective, and follow us on social media @thecellblock and @mikeenemigo. Visit our website @ https://thecellblock.net/