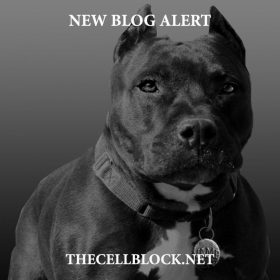 Cops in this country kill so many dogs each year that a specialist at theDepartment of Justice’s (“DOJ”) community-oriented program services office says it has become an“epidemic.” The DOJ estimates that around 25 to 30 dogs are killed by cops every day, with some numbers as high as 10,000 per year. The totals could, in fact, be higher, since most police agencies do not formally track officer-involved shootings involving animals.In Detroit, cops killed at least 25 dogs in 2015 and 21 before the first half of 2016. According to police records, two detectives had killed at least 100 dogs between them over the course of their careers. Meanwhile Metro Atlanta cops kill on average 50 dogs per year, and a Buffalo, New York, news channel investigation found that police there killed 92 dogs over three years, with one officer having killed 26 himself.

The pet owner’s recourse to hold cops accountable for killing a family pet, though, is not easy. The law provides “immunity” for cops unless their actions were plainly incompetent” or they violated the law, according to the courts. Dogs are considered “property” under the U.S. Constitution’s Fourth Amendment, so a cop killing someone’s dog is recognized as a“seizure” of the person’s property. In order for someone to show a constitutional violation when a cop kills his dog, a person must show that the cop’s actions were“unreasonable” given the situation. Absent a constitutional claim, a person could sue for damages because of the loss of property (the dog), but any damage award is usually limited to the “market value” of the dog, typically the purchase price. Some states, however, do offer limited damages for emotional distress for the loss of a dog, but not many. Still, cops are normally exempt from claims under those remedies.

Those who consider their dog a family member have expressed outrage on social media, especially after the U.S. Court of Appeals for the Sixth Circuit torpedoed all relief for Mark and Cheryl Brown, whose dogs were shot by Battle Creek, Michigan police, ruling the cops acted “reasonably” and were immune under law.

The incident started when police arrived with a warrant to search the Browns’ residence on the belief that a dangerous drug dealer who lived in the building stored drugs there.

Mark Brown told the police about thedogs in the house and offered them keys to the front door. Ignoring Mark and the“Beware of Dog” sign posted, cops busted down the door with a battering ram and immediately shot both dogs when one of them barked and “moved an inch” toward an officer. Having only injured the animals, the cops tracked their blood trail and finished off the dogs hiding in a corner in the basement.

The fallout was a flood of outrage on social media about how the cops got away with executing the Browns’ dogs.

Los Angeles attorney and former law enforcement officer Mildred O’Linn told law enforcement magazine Police that the public’s growing awareness of cops shooting dogs has resulted in an explosive community response. “The public cares about these kinds of incidents on a magnitude that is sometimes lost on law enforcement,” she said. O’Linn defends the police in civil suits and is well aware of the trouble that cops killing family dogs can cause. She pointed to an incident in Hawthorne, a city in Los Angeles County, where cops shot and killed a dog on a public street in front of its owner in 2013. In response, the hacker group “Anonymous” shut down the city’s computer network.

While officers in this country kill far more people than any other highly developed democracy and are shielded by powerful police unions, dog shootings still receive extensive national attention, “Given that there’s no shortage of actual human beings getting shot by police officers, pointing these stories out can sometimes seem a bit callous;’ says Radley Balko, a journalist who has done much to expose cops killing dogs. “But I think they’re worth noting,” he says, “because they all point to the same problem: Police magazine said “shooting a dog brings more heat down on an agency than an officer-involved shooting of a human.”

While there have been no officer deaths from a dog attack in the last 70 years, according to the “Officer Down Memorial” website, officers shooting at dogs have killed many innocent bystanders and dog owners. In 2016, a Los Angeles Police Department officer shot and killed a dog on a crowded boardwalk, with the bullet passing through the dog and into a passing cyclist. Shortly after that, in Los Angeles County, a sheriff’s deputy killed a 17-year-old when he meant to shoot a dog that bit a deputy, but missed the dog. Cops have shot other kids, bystanders, dog owners, fellow cops, and even themselves trying to use lethal force against dogs. The thinking is that if cops cannot assess when lethal force should be used against a dog, it becomes more of a problem when it should be used against a person.

The indifference of cops toward dogs, especially family pets, is surprising because police departments treat their K-9 dogs with utmost respect. Police dogs get the best medical care and the same protection under the law as their human counterparts. They even get badges. When a police dog dies, it gets a funeral with full honors, a flag-draped coffin, and a uniformed procession. If a suspect causes an injury or death to a police dog, he is charged with a serious crime: A Florida teen who fatally shot a police dog was sentenced to 23 years in prison.

Some say it is more evidence that our increasingly militarized police forces, tricked out in SWAT gear and in a constant state of war, are trained to shoot first and ask questions later. In fact, it is standard practice for SWAT teams to shoot the family dog during a raid. Balko says that killing dogs may be a “side effect of the SWAT paramilitary forces in many police departments.” He says this focus has supplanted the idea of officers being an “officer of the peace.”

Brian Kicommons, a dog behavioral counselor, says an officer’s inclination to “take command and take control” causes them to unnecessarily antagonize dogs. He said officers need to realize they are there to “neutralize, not control.” He pointed to “too much policing today,” and that officer safety has become the highest priority. It trumps the rights and safety of suspects. It trumps the rights and safety of bystanders. It’s so important, he says, that an officer’s subjective fear of a minor wound from a dog bite is enough tojustify using potentially lethal force. “If they have enough money tomilitarize the police with Humvees, they have enough money to train them not to kill family members. And pets are family members.

Postal carriers, in contrast, face dogs on a regular basis yet do not resort to lethal force. Instead, the Postal Service trains its employees how to avoid bites. Using live dogs, handlers and trainers put postal workers through scenarios to teach them how to read a dog’s behavior and calm a dog, or fend it off, if necessary. Meter readers also have benefited from the same training, drastically reducing incidents of dog bites. Is it unreasonable to ask that law enforcement officers display the same courage facing possible hostile dogs that the public asks of postal workers and meter readers? If cops cannot muster the courage to do so, they cannot be trusted to put the public’s safety before their own, Balko says.

Kilcommons has helped produce training videos for the DOJ to improve police encounters with dogs. He said cops have no idea how to read a dogs actions and usually confuse fear for aggression. Proper training can help fix that problem. The National Canine Research Council has also produced police training videos to help curb police shootings of dogs. And, on the Animal Legal Defense Fund website, they provide guidance for law enforcement agencies, advocating training for officers on how to handle dogs.

Police killing family dogs also has cost taxpayers plenty. In Glen Burnie, Maryland, an officer investigating a robbery at a house shot and killed Vern, the family’s dog. The officer said Vern “confronted and attacked him,” but the jury did not believe him and awarded the family $1.26 million, the largest civil judgment in U.S. history for the death of a pet at the hands of police.

In 2005, a court held that the San Jose police violated the Fourth Amendment rights of some Hell’s Angels members when they killed three of their dogs during a search. The city paid $797,500 to settle that lawsuit.

When a Hartford, Connecticut, officer shot and killed Seven, a St. Bernard and best friend of 12-year-old K. Harris, while investigating an erroneous tip about guns in a non-existent car, a court agreed with the Harris family that police had no justification for shooting the dog in front of the child. The case recently settled for $885,000.

And after a Prince Georges County, Maryland, SWAT team raided a mayor’s home in 2008 on the mistaken belief that he was part of a drug ring and killed his dogs, the state mandated that SWAT teams report to the governor any pets that are injured or killed during raids. The police department settled with the mayor out of court and enacted several policy reforms. Still, the department maintains it did nothing wrong, saying “we’re not in the habit of going to homes and shooting people’s dogs.”

But the numbers across the country say otherwise. Police shootings because of what has been perceived by officers as threats continue to be a problem for dogs and humans. Public awareness through social media and pressure on police to better deal with and train for interactions with dogs are worthy efforts to reduce deaths at the hands of police.

For more Raw Law, go to thecellblock.net and subscribe to The Official Blog of The Cell Block, where we provide you raw, uncensored news, entertainment and resources on the topics of prison and street-culture from a true, insider’s perspective, and follow us on social media @mikeenemigo and @thecellblockofficial.