Education In Prison: The Inevitable Phenomenon 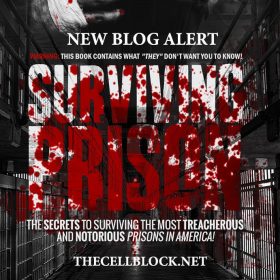 “Those who strive to obtain the good graces of a prince are accustomed to come before him with such things as they hold most precious, or in which they see him take most delight whence one often sees horses, arms, cloth of gold, precious stones, and similar ornaments presented to princes, worthy of their greatness.

“Desiring therefore to present myself to your Magnificence with some testimony of my devotion towards you, I have not found among my possessions anything which I hold more dear than, or value so much as, the knowledge of the actions of great men, acquired by long experience in contemporary affairs and a continual study of antiquity…”

This quote was taken from the dedication section of a book written by Nicolo Machiavelli called THE PRINCE. I wanted to start this article with this excerpt to emphasize the respect men of a certain stature have for knowledge. Here was a man (over 500 years ago) who had seen the world. With the wisdom he obtained, he knew the best gift he could give a certified prince was his knowledge of worldly affairs. That’s deep…

Knowledge, wisdom, and understanding is a necessary must for everyone on earth, yet too many people take it for granted. For whatever reason there’s people who walk around with their heads buried in their phones who can care less about learning new things. This is a sad reality that some of us never recognize until we’re dragged into captivity.

Prison is a unique beast. It’s society’s warehouse for it’s undesirables. Although the prison industry may paint a picture to the public that prison is here to hold individuals who are a threat to society, the truth really isn’t as dark as it may seem.

Imagine a college campus with walls surrounding it that keeps students from leaving the campus. More times than not, this is what prison life is like. Yes, it gets violent yes, there are those who are magnates for trouble. Nevertheless, in prison, the time is yours. It’s yours to do what you want with it. And there’s a large portion of the population who spend many hours, days, weeks, months, and years searching for and obtaining knowledge.

TV shows like ORANGE IS THE NEW BLACK, LOVE AND LOCK-UP, and FOR LIFE do present certain aspects of prison life. But what they fail to show the public is the think-tanks that are ran by convicted intellectuals. There are groups of prisoners who take college courses, self-help groups, and do in-cell studies to benefit themselves. I’m not going to sit here and say prison isn’t dangerous. It most definitely can be. However, I would be lying if I didn’t tell you that prison is so much more than security threat groups weight lifting between times when they’re preying on weaker inmates.

The truth is that media outlets don’t show you the hordes of scholars that inhabit these new age gulags. We are here, and contrary to popular belief, we actually outnumber the knuckleheads. It’s no secret that I am a TCB author. I’ve written 10 books and counting, 5 of which are in print. Although, I’ve written fiction, my best sellers aren’t the recreational novels. One of the most popular books I’ve written is called HOW TO WRITE URBAN BOOKS FOR MONEY AND FAME. Since most of my books are geared towards the inmate community, this tells a lot about today’s prison system.

HOW TO WRITE URBAN BOOKS FOR MONEY AND FAME is a book that teaches the craft of writing. I believe the reason this book is so popular is because prisoners have a thirst for knowledge. That, and the fact that most people in captivity have a story to tell. Some of us have lived lives most people have only experienced through depictions in movies. It’s no surprise that once we’re sat down inside of these prison laboratories some of us decide to put our experiences on paper.

In a country where almost every family has one or more members in the judicial system, it’s important that you help nurture the intellectual growth ofan incarcerated loved one. You can easily do this by ordering books and/or magazines for your relative, friend or lover. If you know someone in prison who asks you for help to pay for a correspondence course instead of a bag of potato chips, invest in him! Knowledge is power, and those of us who reside in the belly of the beast need all the support we can get.

Rest assured that there has been a paradigm change within the California Department of Corrections. Instead of locking us away in solitary confinement, the powers that be our giving us opportunities to gain self-insight and earn an education. And, trust and believe, we see it, so the average inmate is breaking down doors to get into the classrooms.

I can only imagine the impact this new structure will have on society in the years to come. Although, I am not a fortune teller, common sense tells me that the future holds promise and it looks a lot brighter than the recent past…