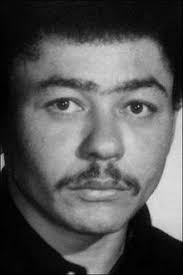 Donald Goines is considered by many to be the Godfather of street lit. Many of today’s street-lit stars including Kwame “Dutch” Teague, have been inspired by him. Born in Detroit to a relatively comfortable family, he attended Catholic elementary school and was expected to go into his family’s dry-cleaning business. Instead, after lying about his age, he enlisted in the U.S.Air Force. He served between 1952 and 1955, and during this time got hooked on heroin. When he returned home to Detroit, from Japan, he was a full-blown heroin addict. For the next 15 years, as a result of his addiction, he would spend his time pimping, robbing, stealing, bootlegging, and doing time. His seven prison sentences totaled6.5 years.

While in jail in the 60s, Donald decided he was going to pick up the pen and start writing books. A huge fan of cowboy movies, he tried penning western novels, but was unable to find much success. A few years later, however, while in prison again, he was introduced to the work of Iceberg Slim. Iceberg Slim, another convict and pimp turned author, had decided he was too old for the pimp game, and with encouragement from his wife, wrote his autobiography, Pimp: The Story of My Life, which was published by Holloway House in 1967. This inspired Goines to write his semi-autobiographical novel, Whoreson, which he would eventually get Iceberg Slim’s publisher to publish in 1972.

When Goines was released in 1970, he went hard on the writing tip. His pace was remarkable, sometimes producing a book a month. He worked on a strict schedule where he would write every morning, then devote the rest of the day to heroin. Hoping to go straight and avoid the dilemmas he faced in Detroit, he moved with his family to the Los Angeles ghetto of Watts. Though Goines’s books sold well, he did not receive much critical attention, and after two years of being in Los Angeles, he moved back to Detroit. Unfortunately, after only a couple of years back in Detroit, on October 21, 1974, he and his wife were shot to death in a scene straight from one of his novels. The identity of the killers is unknown, but it’s rumored that Donald and his wife were murdered over a drug debt.

Over the course of his career, Donald Goines would go on to write sixteen novels, all of which gave vivid details about crime, the ghetto, prostitution, gang lords, sex, drugs, murder, and other elements of the underworld, all of which he knew from firsthand experience. Some of his books have even been made into movies, such as Never Die Alone, which stars rapper DMX. Though he was never able to shake the hold heroin had on him, he’s regarded today as one of America’s best and most influential Black writers, most certainly in the genre of street lit, and it all started when he decided to put pen to paper while in prison.