How to Get Rich from Rapping 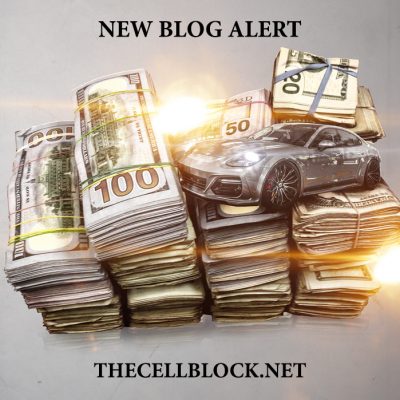 You wanna be a top-dog rapper, right? And you never want to work a day again when you finally make it, right? I already know: You wanna get rich from rappin and live your wildest dreams. This article is about having the mindset that is going to allow you to get rich, stay rich, and get richer once you finally make it. I’m going to show you the ways rappers go from being just rappers, to getting rich from rappin, to building an empire and stayin rich forever.

Let’s talk about being more than a rapper. Because to be completely honest, the end goal isn’t to just be a rapper if you’re a smart rapper. The goal is to start with music, grow an audience, then use the money and influence you make from rap to help you expand and build an empire. Think Jay Z, Diddy, Master P, and 50 Cent. Do you think Jay would be worth over $500 million from just selling rap albums at $10-$15 each? Nope. It is the investments in other areas that allowed him to get rich from rappin.

A great example would be this guy; the guy who popped off from one song, then made a song joking about how no one knew who he was. It was basically… Who is Mike Jones? Remember that? Probably not. His career was extremely short. He was hot for maybe six months. After that he wasn’t hot anymore so it became hard for him to use his “influence” to make deals and he had to rely solely on financial capital to fund business ideas. Is he still rich? Who knows? Do I care? Nope. Why? Because he didn’t grind hard enough to stay relevant to me. Keep that in mind.

Mike Enemigo is a former drug dealer. He’s now a successful “prisonpreneur” who’s turned his dirty hustle clean. With over 30 books published and many more on the way, he’s America’s #1 incarcerated author. He’s passionate about entrepreneurship and he’s written several books which teach prisoners and street hustlers how to make money legally so they can avoid the traps of prison and crime. Among these books are Hood Millionaire: How to Hustle & Win LEGALLY! (Also published as Get Out, Get Rich: How to Make Money Legally When You Get Out of Prison!), and CEO Manual: Start a Business, Be a Boss! (Also published as The CEO Manual: How to Start Your Own Business When You Get Out of Prison!). For more information on Mike and his books, visit thecellblock.net, where you can also subscribe to his blog, The Official Magazine of The Cell Block, where he and other TCB authors provide raw, uncensored news, entertainment, and resources on the topics of prison and street-culture from a true, insider’s perspective. Be sure to also follow Mike on all social medias at @mikeenemigo and @thecellblockofficial.