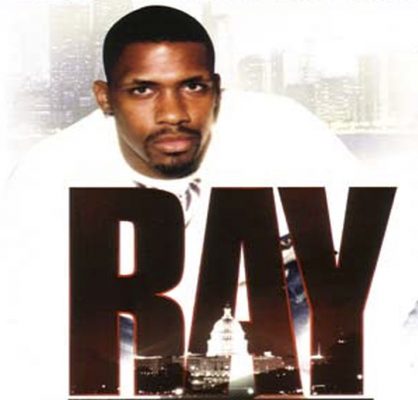 Rayful Edmond III (born November 26, 1964) was a drug trafficker in Washington, D.C. in the 1980s. Edmond is largely credited with having introduced crack cocaine into the Washington, D.C. area during the crack epidemic, resulting in an escalating crime rate in the city which became known as the “murder capital of the United States”.

Edmond was alleged to have moved large amounts of cocaine. In an indictment involving two of Edmond’s associates, it was said that they bought between 1,000 and 2,000 kilos per week in 1992 from the Trujillo-Blanco brothers, who were associated with the Medellin cartel, and sold the drugs to Washington area wholesalers. He was known to have spent some $457,619 in an exclusive Georgetown store (Linea Pitti, specializing in Italian men’s clothing) owned by Charles Wynn who was later convicted on 34 counts of money laundering. Edmond’s estimated revenue was approximately $300 million annually. In one year, Edmond’s organization, which employed 150 people, committed 30 murders. Remarking on Edmond, longtime D.C. mayor Marion Barry wrote in his autobiography:

“He was a young, likable guy, good-looking, with a good personality, and a lot of his friends he played basketball with had no idea that he was involved in drug selling. He was basically pulled into it from his family. That doesn’t make it right, but Rayful had a lot of people who liked him and were very loyal to him.“

The Meeting with John Thompson

Edmond was an avid fan of the Georgetown Hoyas, and frequently sat courtside with his entourage at the Capital Centre for home games. At the height of his empire, he became very friendly with several Hoyas players. When Georgetown University basketball coach (and D.C. native) John Thompson confirmed what was happening, he sent word through his sources to have Edmond meet him at his office at McDonough Gymnasium.

When Edmond arrived, Thompson was initially cordial, and informed Edmond that he needed to cease all contacts with his players, specifically John Turner and Alonzo Mourning, both of whom had befriended Edmond. However, Thompson’s parting words to Edmond were that Edmond would face serious consequences if he did not stay away from his players. It is believed that Thompson is the only person to stand up to Edmond without consequence, initially causing some shock and surprise that there was no reprisal against Thompson for it.

Edmond was arrested on April 15, 1989 at the age of 24. His arrest and subsequent trial were widely covered by local and national media. Judicial officials, fearful of reprisals from members of Edmond’s gang, imposed unprecedented security during the trial. Jurors’ identities were kept secret before, during, and after trial, and their seating area was enclosed in bulletproof glass. The presiding judge even barred the public from the trial in an effort to protect the jury. Edmond was jailed at the maximum-security facility at Marine Corps Base Quantico in Virginia and flown to the Federal Court House in Washington, D.C. by helicopter each day for his trial. Authorities took this unusual step due to heightened fears of an armed escape attempt.

Edmond was eventually sentenced to life in prison without parole. His mother, Constance “Bootsie” Perry, was sentenced to 14 years in prison for participating in his criminal enterprise. Several of his sisters and cousins also received sentences.

Edmond continued to deal after being incarcerated in the Lewisburg Federal Penitentiary, in Pennsylvania. He hooked up with Dixon Dario and Osvaldo “Chiqui” Trujillo-Blanco (son of Griselda “Godmother” Trujillo Blanco) who shared the same cell block with him. Edmond was setting up deals between D.C. area traffickers and his Colombian connection while incarcerated.

In 1996, Edmond and another drug dealer from Atlanta, named Lowe, were convicted after conducting drug business from a federal prison phone. Edmond received an additional 30-year sentence. In an interview with the Bureau of Prisons, Edmond said he had spent several hours every day on the telephone, occasionally using two lines simultaneously to conduct his drug business. Attorney General Eric Holder criticized the Federal Bureau of Prisons for its lax management that allowed drug deals to be conducted from inside prison. In 1996, federal authorities revealed that Edmond had become a government informant. With Edmond’s cooperation, the government arrested 11 alleged drug dealers working in Washington D.C. In exchange, federal prosecutors agreed to seek a reduced sentence for Edmond’s mother.

Edmond is still incarcerated but is now part of the United States Federal Witness Protection Program. The prison where he is held has not been disclosed by the government.

In 2019, Edmond returned to D.C. for hearings on whether his life sentence should be reduced to time served based on the information he provided to authorities concerning 20 homicides. At the time, a survey by the District of Columbia Attorney General showed that half of D.C. residents thought Edmond should be released.

For more certified street news, visit thecellblock.net and subscribe to The Official Magazine of The Cell Block, where we provide you raw, uncensored news, entertainment and resources on the topics of prison and street culture, and be sure to follow us on IG @mikeenemigo and FB/thecellblockofficial today!