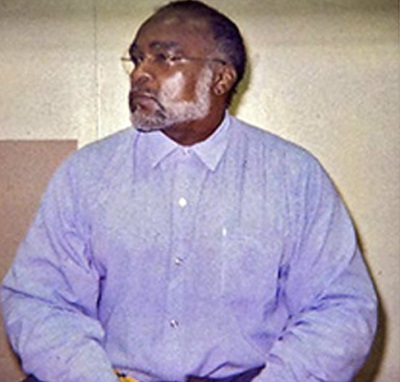 Stanley “Tookie” Williams cofounded the notorious Crips street gang in 1971, at the age of 17, with fellow teenager Raymond Washington. By 1981, Tookie was on California’s death row at San Quentin State Prison after being convicted or two robberies and four murders.

While doing a seven-year stint in the “hole” after confidential informants said he was plotting a gang war, Tookie began to reflect on life and the path he’d taken that landed him on death row. He decided he wanted to warn kids about the dangers and consequences of gang life, and he began to write a series of books directed toward the youth titled Tookie Speaks Out Against Gangs.

In 1993, Tookie was contacted by Barbara Becnel, a full-time writer of books and magazine articles, who was researching a book about the Crips street gang. She wanted to meet with Tookie to get a better understanding on how the Crips had gotten started. But Tookie had a request: He wanted to know if she could get his children’s books published; books that would help them avoid gangs and make better choices than he did. He didn’t want to die and leave the Crips street gang as his only legacy.

Tookie and Barbara became great friends. She got her interview and Tookie ultimately got his children’s books published. He published ten anti-gang books under the title Tookie Speaks Out Against Gangs. Tookie was contacted by several major New York publishers asking him to write books for adults that depicted in coarse language and graphic scenes, stories about gang shootings, murder, and the culture of gangsters, but he refused, instead wanting to focus on his books for children and desire to end gang violence. He wrote a 25-page booklet providing sample peace treaties along with a step-by-step process for how to gain the support of gang leaders so they can stop street violence in his “Tookie’s Protocol for Street Peace” endeavor.

Tookie’s writing did not stop there. He also wrote Life in Prison, a book that teaches kids that real prison life is a brutal, lonely, and life-threatening place. “It’s nothing like the movies,” he wrote. Tookie’s work to create street peace despite being on death row won him many honors, including five nominations for the Nobel Peace Prize, and four nominations for the Nobel Prize for Literature. Tookie also wrote his memoir, Blue Rage, Black Redemption, which was turned into a television movie starring Jaime Foxx titled Redemption: The Stan Tookie Williams Story.

Tookie was eventually put to death on December 13, 2005, but today his legacy lives on, not only because he cofounded the Crips, but because of the writing he did in prison. Though originally published in 1996, his books for children are still used in libraries and classrooms throughout the United States, even to this day.

Go to thecellblock.net today and subscribe to The Official Magazine of The Cell Block, where we provide you with raw, uncensored news, entertainment and resources on the topics of prison and street culture, from a true, insider’s perspective, and be sure to follow us on IG @mikeenemigo and FB/thecellblockofficial immediately!