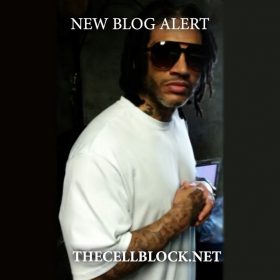 My name is Wilberto “Guru” Belardo. I am a 41-year-old father of 5. I am also an incarcerated author who is serving a sentence of Life Without the Possibility of Parole. The crime for which I am incarcerated for took place when I was 18 years old and by the looks of things, I will be in prison for the rest of my natural life.

There was once a time in my life when I was a threat to society. I sold narcotics, carried firearms, and repped a set. These were all things that I grew up around, idolized, and emulated. As a young teen, this persona was the identity that I cultivated.

I spent years molding this identity of mine. I went from State to State committing violent felonies. A lot of different people were hurt from my direct actions. Not only did I hurt the people in the streets, I also traumatized those who I loved. These are all things that I can’t run from nor hide. It’s part of my story, thus part of me.

As I look back on those tumultuous years, it almost seems as if it wasn’t me who did all those things. Don’t take this as a letter of vindication. I’m not trying to persuade the world that I am a changed man who has repented for his transgressions. Although I do regret a lot of things I’ve done in my life, that’s not what all of this is about. This letter is an introduction. I just wanna tell you who I am so you can have a better picture of the person behind the pen name King Guru.

I guess as I sit in this prison cell it’s getting harder and harder for me to recognize the younger version of myself. I’ve recently found myself asking the question, “Who am I?” As a process of elimination, I need to first figure out who I am not. And this really isn’t an easy task since I spent over 35 years cultivating my Self-concept. I was once a banger, a dealer, a womanizer and a hustler. With an exception to certain aspects of the last one, I am no longer any of the above.

So what does that leave me with? I know for a fact that I am a devoting father. I have children who I love with a passion so strong that it physically hurts my chest to think of them for too long. I am a student of worldly studies. Learning things lights a fire inside of me. This is why I’m enrolled in two different colleges as we speak. I am also the author of several books. I started out writing to create a legacy for my children. Not long after, I started to realize that I had a knack for storytelling.

As a matter of fact, let me delve a little deeper into my writings. I feel like this subject deserves more attention. First, I need to explain where my life was at when I started taking this career seriously. Imagine yourself in a prison cell for 20 to 22 hours a day for 7 days a week. Then, imagine yourself alone throughout all of this. When I say “alone” I mean without family support. No letters from home, no visits, no phone calls… Now let’s get a little deeper. Imagine watching bags of commissary getting dropped off at almost every cell in the building except for yours. I went from having all kinds of money and friends on the streets to being alone in an overcrowded prison system. That’s been my reality for the better part of the last 15 years.

About 5 years ago I started writing. I was doing a SHU term (solitary confinement) and a psych tech gave me a flyer for an organization called The Safe Streets Foundation (prisonsfoundation.org). This prisoner-friendly website publishes inmate manuscripts for free for the world to read free of charge. When she gave me that information I went back to my cell with a mission. Of course, I had no idea what I was doing. I just started typing a book for the youth. I used my past experiences in the Game (street life) to give lessons to young thugs. This book ended up being extremely unique because although I consider it a self-help manual, I didn’t try to persuade the reader to let go of the streets. In my eyes, no one is going to let go of this lifestyle until they make a conscious decision to do so on their own. So, with that notion in mind, I wrote a book giving the reader advice on how to avoid certain pitfalls in the Game so that they can live long enough to make a well-informed decision about where they want to finish their lives. I wanted my readers to basically learn from my mistakes.

That manuscript was later cleaned up and published by TCB. It’s now a book called HOW TO HUSTLE AND WIN: SEX, MONEY, MURDER EDITION. While writing and typing that project I started feeling a sense of freedom that I hadn’t felt before. Keep in mind I was and am serving a sentence of Life Without Parole, and I was also doing a SHU term (prison inside of prison). Despite all of this, I was beginning to feel free. For the first time in over a decade I started to realize that I had control over at least one aspect of my life. The longer I pondered this feeling I was getting; I was able to put it into words. I started thinking, “Man, if I was on the street and decided to make a career of my writing, I would have to go into a room by myself in order to create my work.” So, in a way, I realized that every minute I spend writing is a minute where I’m actually free. It was an “aha” moment that changed my life.

During this time I also hooked up with an organization called SYDA YOGA FOUNDATION that offers a 16-year correspondence course in self insight. That course challenged me to see myself in others. It challenged me to look within myself and find freedom within my soul instead of through my environment. I started going through a major transformation during this time. It didn’t happen overnight, but something took root inside of me and I began to change.

I’m the first person to tell you that I’m not perfect. There’re certain thinking patterns that, after spending decades of my life cultivating, I have to struggle with in order to realign my actions with the new me. Therefore, I am a work in progress. Nevertheless, despite my stumbles, I am still not the same person who I was way back when. Still, I have experienced a certain lifestyle, I’m a storyteller, and I have gained a large amount of wisdom over the years. So, you mix all that together and you get King Guru.

As we take this journey together, I want all of you who read my words to realize and understand that everything I write is authentic. I refuse to feed the world things that aren’t real because I’ve never been fake. As I continue to write and send content for you all to read, I will inevitably grow, and I hope that you will, too.

[Wilberto Belardo is an incarcerated author who writes under the pen name King Guru. He has written several books and has many more on the way. His book HOW TO HUSTLE AND WIN: SEX, MONEY, MURDER EDITION is available at thecellblock.net]